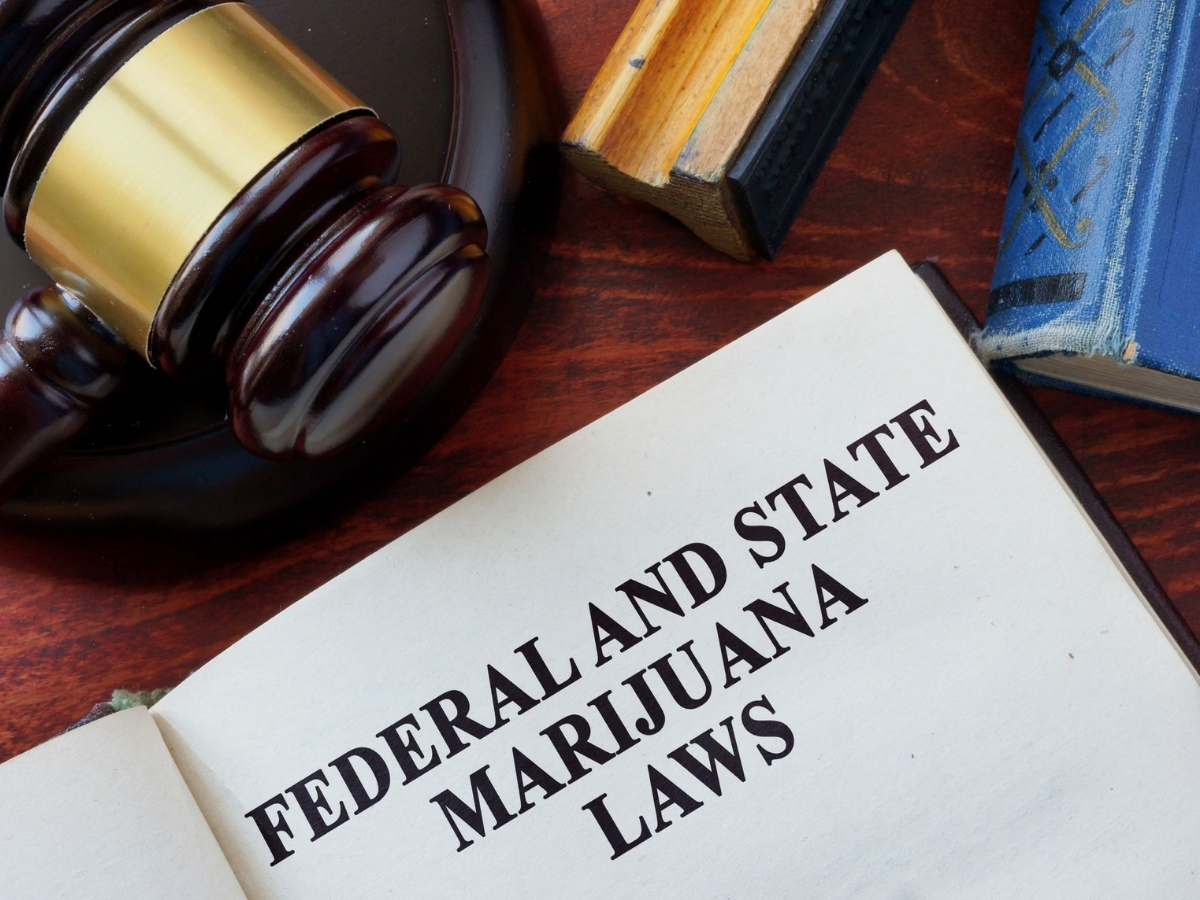 What has been speculated on for weeks in the nation’s capital has now become a reality.

On April 4, a bipartisan coalition of 13 Democrats and 13 Republicans reintroduced bill HR 6043 in the US House of Representatives. Known as the Strengthening the Tenth Amendment Through Entrusting States (STATES) Act, this bill would alter the Controlled Substances Act to prevent the federal government from interfering with the cultivation, manufacture, sale and consumption of cannabis products in states where it has been legalized.

Meanwhile, in the Senate, the version of the bill that was sponsored by Sens. Elizabeth Warren (D-Mass.), and Cory Gardner (R-Colo.), was sent to the Judiciary Committee. Gardner hopes to convince Chairman Lindsey Graham (R-SC) to let his committee debate it, but so far Graham has not expressed a willingness to do so.

Even if this bill were to pass and be signed into law, the federal prohibition of cannabis products would remain. However, federal statutes could no longer be used as an excuse by the Justice Department, Treasury Department or any other government agency to prosecute, persecute or discriminate against licensed cannabis farmers, manufacturers or retailers in states where marijuana is legal at any level.

Warren and Gardner started the process in the summer of 2018 by introducing the STATES Act in the Senate. The bill received a boost from a somewhat unexpected source, when President Trump expressed his approval.

“I support Senator Gardner. I know exactly what he’s doing,” Trump told reporters in June. “We’re looking at it. But I will probably end up supporting that.”

It would be natural to presume that support from the president would improve the bill’s chances in the Republican-controlled Senate, but it never got off the ground.

No further action was taken on the STATES Act in 2018, largely because of the continuing hostility of Senate Majority Leader Mitch McConnell (R-Ky.) toward cannabis law reform. Trump may be the president, but the anti-cannabis McConnell is the king of the Senate, and he determines its agenda.

Last December, Gardner tried a different approach in regard to McConnell’s recalcitrance. He reintroduced the STATES Act as an amendment to the First Step Act, a popular criminal justice reform bill assured of passage.

But McConnell wouldn’t budge from his anti-cannabis stance, and had the amendment removed. Even after spearheading the campaign to legalize industrial hemp, McConnell has remained resistant to cannabis legalization in any and all forms.

A Cannabis Game Of Thrones

With the Democrats now in control of the House, there is less resistance expected there. Reintroducing the STATES Act in the House is part of a grand strategy developed by the Congressional Cannabis Caucus, headed by pro-legalization advocate Earl Blumenauer (D-Ore.).

In anticipation of the Democrats regaining control of the House, Blumenauer sent a memo to party leaders last October, urging them to adopt a coordinated strategy to push cannabis legalization forward in 2019. He encouraged the introduction of several bills in the House that would attack federal prohibition and its consequences on multiple fronts.

These bills would address a number of important issues, including restrictive cannabis banking regulations, the lack of medical marijuana products available to veterans, draconian prohibitions on cannabis research, and the continued regulation of marijuana under the Controlled Substances Act.

Blumenauer also encouraged the proposal of a bill that would legalize cannabis at the federal level. If that proved a bridge too far, however, he was certain the other initiatives would have broad public and Congressional support, and would have a good chance of passing.

Blumenauer reasoned that the bills could be consolidated into one comprehensive piece of legislation after moving through various committees. If that then passed with a sizeable bipartisan majority, and was backed by overwhelming support from the American public (two-thirds of the population now support full legalization, according to a recent Gallup poll), the pressure might be too much for the Republican-controlled Senate (specifically McConnell) to ignore.

Because President Trump has already signaled his support for cannabis law reform, he would be unlikely to veto legislation passed by both the House and Senate.

In his memo, Blumenauer raised another possibility that suggested palace intrigue could be afoot on the other side of the aisle.

“If we fail to act swiftly,” he warned, according to Roll Call, “I fear as the 2020 election approaches, Donald Trump will claim credit for our work in an effort to shore up support — especially from young voters. Democrats must seize the moment.”

With public opinion polls strongly on the side of cannabis reform, there might be an opportunity for President Trump — possibly even in coordination with McConnell — to outmaneuver the Democratic opposition. If the Republicans can hold up reform efforts in the Senate until the summer or fall of 2020, Trump could score political points — and boost his chances of reelection — by signing into law a comprehensive pro-legalization measure leading up to the next presidential campaign.

McConnell could continue to act as a source of resistance, however, making any efforts to get something done futile. And Trump might still virtue signal on the issue by expressing his displeasure, in the hopes of gaining some benefit that way.

Then again, on his own or at Trump’s urging, the Machiavellian McConnell could suddenly announce his conversion to the cause and push through reform legislation at a time when it would do his party the most good. With elections still more than a year away, there is no benefit now for McConnell to express any pro-cannabis sentiments. But in 2020, the political equation could change substantially.

Sen. Gardner, who is a close ally of Trump’s, is considered one of the most vulnerable Republicans heading into the next election. A last-minute gambit on cannabis might increase his chances of victory and improve the odds for Republicans retaining control of the Senate.

So far, the Democratically controlled House appears to be following Blumenauer’s blueprint. Just a week before the STATES Act was introduced, the House Financial Services Committee voted to pass the Secure and Fair Enforcement (SAFE) Banking Act to the House Judiciary Committee for further consideration.

The STATES Act could unleash a chain reaction of positive developments by exempting cannabis from regulation under the Controlled Substances Act. The SAFE Banking Act is more narrowly focused on the financial industry and its interactions with cannabis growers, manufacturers and retailers.

If the SAFE Banking Act becomes law, federal regulators and prosecutors would have no legal right to penalize banks or credit unions that choose to do business with licensed cannabis companies or entrepreneurs. Financial institutions would be free to make loans and offer a full range of banking services to customers in the cannabis space, without burdensome reporting requirements or fears of substantial financial penalties.

The number of banks and credit unions willing to do business with cannabis producers, distributors and retailers is growing. Overall, however, the situation is still dismal.

Only about one in 30 US banks and credit unions is currently taking deposits from or offering other banking services to cannabis-related businesses. And most that do are charging excessive monthly accounting and transaction fees. They are essentially forced to do this because of government regulations that require financial institutions to file detailed reports on “suspicious” banking activities. Under current federal law, this covers normal operating procedures of licensed cannabis enterprises in states where recreational and/or medical marijuana are legal. For banks, these requirements add an extra layer of expense to their servicing of cannabis-related accounts — which, naturally, they pass on to their customers.

Looking to avoid the hassle — and the risk of a government crackdown — most banks and credit unions are staying out of cannabis altogether. They watched as Trump’s former Attorney General Jeff Sessions scuttled the Obama administration’s “hands-off” policy on states with legal cannabis and replaced it with threats of reprisal against cannabis enterprises and their enablers. Needless to say, banks would prefer to not have their fortunes tied to the whims of political appointees who come and go.

With limited or no available banking options, most cannabis business owners are left with nowhere to turn. Their only alternative is to deal exclusively in cash, which comes with plenty of extra hazards, burdens and inconveniences. Cash-only is bad business practice all the way around.

Another problem faced by cannabis business owners relates to their tax situations. Under Section 280E of the Internal Revenue Service code, cannabis enterprises are severely restricted in the types of business expenses they can deduct. Consequently, they face much heavier tax loads than more conventional enterprises.

How much heavier? According to some estimates, cannabis companies may be losing as much as 70 to 90 percent of their profits to taxes, as opposed to the 15 to 30 percent typically paid out by other types of businesses.

These factors make cannabis an expensive industry to enter and difficult to succeed in. Like every other enterprise, cannabis enterprises will ultimately pass their costs on to consumers, who in this case will pay higher prices because of the inconsistencies between state and federal laws. Unreasonable prices will inevitably suppress demand, thereby decreasing the economic impact of cannabis in communities and states where it is legal at some level.

Under current federal guidelines, legal cannabis enterprises are classified as a rogue element, despite their popularity and gaining acceptance in the free market. These enterprises are presumed guilty of drug trafficking and money laundering under the jurisdiction of outdated and archaic laws.

The sponsors of the STATES and SAFE Banking acts have taken aim at this. If their bills can complete the long journey from the House floor to the Senate floor to the president’s desk, they could help unleash an industry with enormous growth potential. Vivien Azer, one of the foremost cannabis analysts on Wall Street and managing director of financial services company Cowen, estimates that legalized cannabis could grow into an $80 billion industry in the United States by 2030. But that cannot happen unless it is set free to blossom.

For the cannabis industry as a whole, the ideal outcome would be for Congress to pass the Regulate Marijuana Like Alcohol Act (HR 420), which Blumenauer introduced in the House in January. This legislation would lift the federal prohibition against cannabis and remove it from the jurisdiction of the Controlled Substances Act and over to the Bureau of Alcohol, Tobacco, Firearms and Explosives. Cannabis would then achieve parity with alcohol and tobacco, and legalization would no longer have to depend on referendums in individual states.

But even if the government is not quite ready to go that far, the situation could be drastically improved by legislation like the STATES and SAFE Banking acts. These bills would have a revolutionary impact if they became laws and would unleash a wave of unfettered entrepreneurship that would bring enormous social and economic benefits to states with legal cannabis.

Inside Out? How To Transplant, Time And Harden Your Cannabis Plants For The Outdoor Grow Season
Examining The Environmental Impact Of Cannabis Prohibition