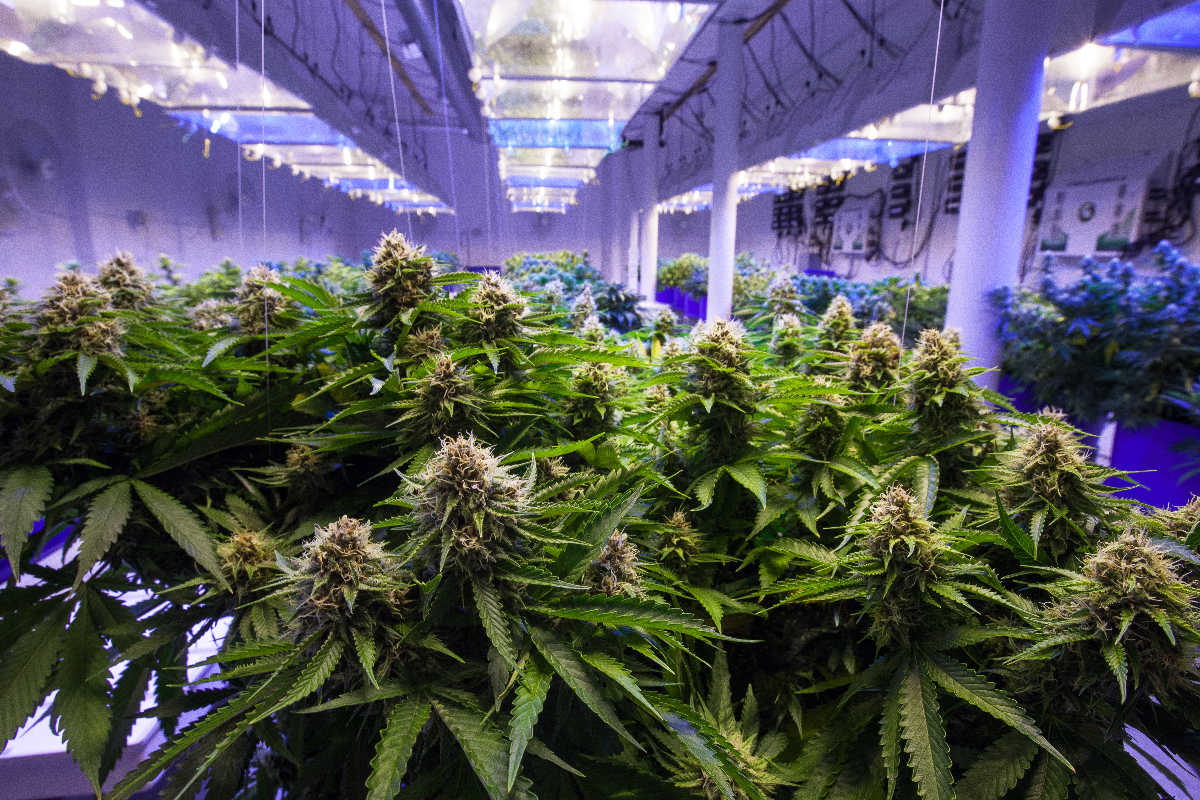 It can seem like a never-ending battle. In their bid to stop those nasty little grow-op invaders, a.k.a spider mites and russet mites, I know growers who’ve tried every anti-pest intervention known to our cannabis community.

In past articles we’ve discussed the harmful use of agricultural poisons as growers go to war with insects that attack their cannabis plants.

These growers used the so-called nontoxic, natural, “organic” sprays and systemic products that contain cinnamon, neem, oils, soaps and various obscure DIY concoctions. They used poisoners that were also widely known to be toxic, like Avid.

What these growers discovered is that these methods didn’t totally eliminate mites and other pests, meaning they could easily come back, stronger than ever, with some form of pesticide resilience. Or, if the interventions did kill the mites, they also toxified the buds, making them unmarketable and unsafe for consumption.

Some cannabis growers actually surrendered. They permanently shut down their existing marijuana grow ops and relocated far away to escape from a litany of mites including spider, broad and russet mites.

In this final article in our series on grow-room poisons and the ongoing war against marijuana pests, we’ll tell you what doesn’t work, and the two most effective strategies to eradicate mites.

It’s easy to hate mites, but you kind of have to admire them, too. Tiny creatures who float around in the air, live in the most adverse conditions, can take a licking and keep on ticking.

Mites have been a persistent problem for the marijuana community for decades, and their range and tenacity is only increasing.

Mites favor hot, dry conditions. They favor stressed plants. Climate change is increasing their range. That’s one big reason why marijuana growers are encountering them in places where mites used to be nonexistent.

Mites are resilient and adaptive. Due to natural selection and the overarching survival-oriented influence of evolutionary biology, mites evolve to be resistant to interventions used against them — even the most toxic interventions.

Marijuana legalization can account for another reason why the mite plague is spreading. Through distribution chains, growers and sellers are transporting adult plants and clones more widely than before, and mites are clever little stowaways and hitchhikers. 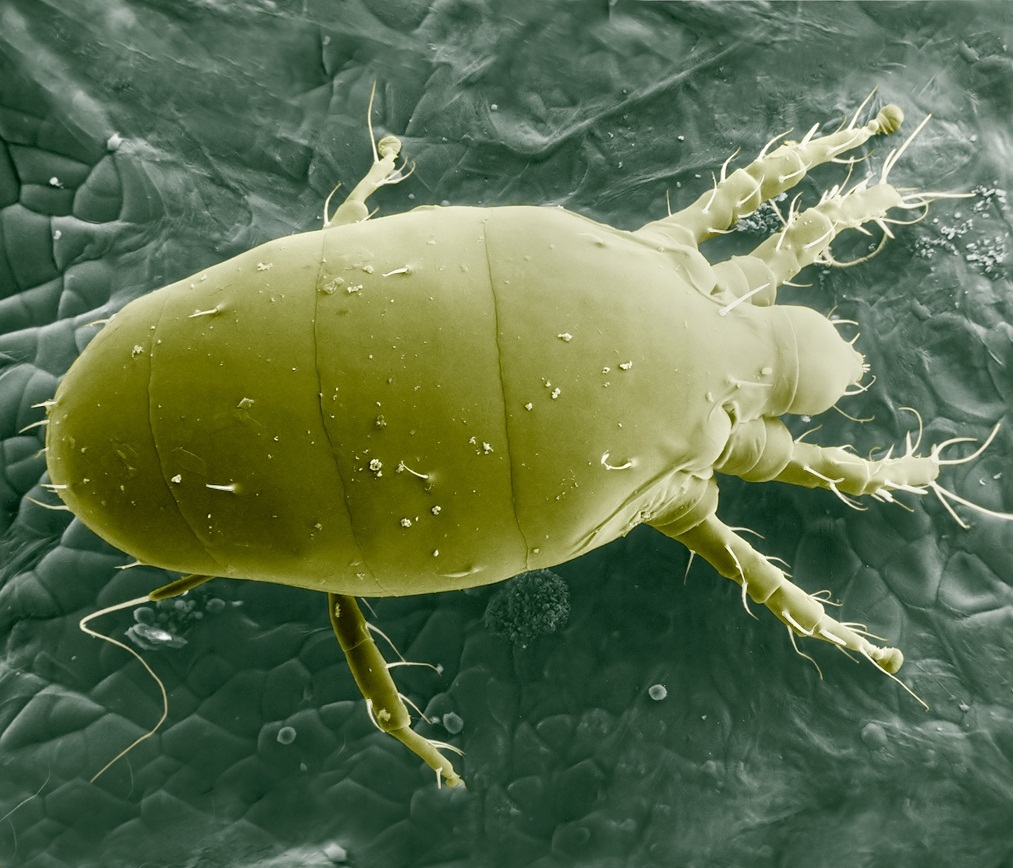 Mites favor hot, dry conditions and are so tiny they can travel on the wind.

Outdoor Marijuana Growing: Tricks To Use Against Inevitable Insect Attacks

When cannabis plants grow in open air and soil outdoors, they attract a variety of pests and diseases. That’s just one of the unavoidable risks of outdoor growing. No amount or combination of agricultural practices and materials will beat all those perils.

Nevertheless, the most successful outdoor marijuana growers use the following combination of tactics:

a) They feed systemic materials such as SNS-209 and potassium silicate (found in Rhino Skin) that deter mite attacks by armoring the plants and changing plant scent so mites are deterred.
b) They do routine foliar spraying of General Hydroponics AzaMax, alternating with Rhino Skin. AzaMax has the well-deserved reputation of being the safest, most effective pesticide compared to unacceptably toxic pesticides such as Avid.
c) Successful outdoor growers do intensive monitoring to remove and destroy infested plant materials daily.
d) They accept losing a percentage of their crop to insect and/or disease predation, and adjust their plant numbers accordingly so the profit-loss ratio is tolerable for them.

But there are two important things that indoor growers can do, too.

In contrast to outdoor cultivators, indoor marijuana growers can totally prevent pests like spider mites, thrips, aphids, as well as diseases that harm their crops.

How do they do this? By making their grow room into an impenetrable fortress and blocking the vectors used by these tiny cann-emies to gain access to their plants.

The simplest way to put it is, anything that comes into your indoor marijuana grow room from outside, including the air we breathe, can transfer spider mites, other insects, molds and fungi, thus contaminating and compromising your grow room.

Such vectors to pay attention to include:

a) The outside air on which insects and diseases can travel into grow rooms.
b) Plants, especially clones.
c) They hitch a ride on people via their clothing, shoes and household pets.
d) They’re transported via soil (even so-called sterilized soil), and on equipment.
e) Spider mites and pests can also enter grow rooms from other parts of the building in which the grow room is housed.

Take a look at this very useful set of guidelines for clean rooms courtesy of Coastwide Laboratories, and utilize them for your indoor marijuana garden.

Why do I recommend a horticultural clean-room approach? Because prevention is far better than remediation.

You fight an expensive, worrisome, time-consuming, usually losing battle against spider mites, russet mites, thrips, and general marijuana attackers if you let them into your grow room.

No matter what anybody else tells you, it’s rare to find a totally safe, totally effective way to stop mites and other THC terrorists once they’ve established themselves on your marijuana plants.

But you can prevent them from entering your grow op by modifying the clean-room protocols so that they’re appropriate for an indoor garden.

So What Are The Best Options For Getting Rid Of Marijuana Pests Once They Strike?

If you don’t have a fortress-like grow room, and your cannabis plants have been invaded by tiny pests, all is not lost. You still have the chance to save your crop, but few of these options are guaranteed painless, harmless, effortless and wholly effective.

Ugly poisons like Avid do kill mites, but it’s widely agreed they’re not safe for cannabis growers or users.

So-called natural pesticides, especially ones containing oils, horticultural soap, pyrethrum, phyto-extracts or neem will kill some but not all mites, and these products easily damage your buds.

Some growers try environmental or mechanical options, such as raising ambient CO2 levels to 10,000 parts per million for an hour, heating grow-room air to 100°F for an hour, and blasting the plants with hot air or high-pressure water. Unfortunately, these methods don’t work well and will harm your plants.

Armoring your plants with Rhino Skin, spraying them with AzaMax, and feeding them with SNS-209 will deter mites, thrips, aphids and pests, but won’t kill them all. 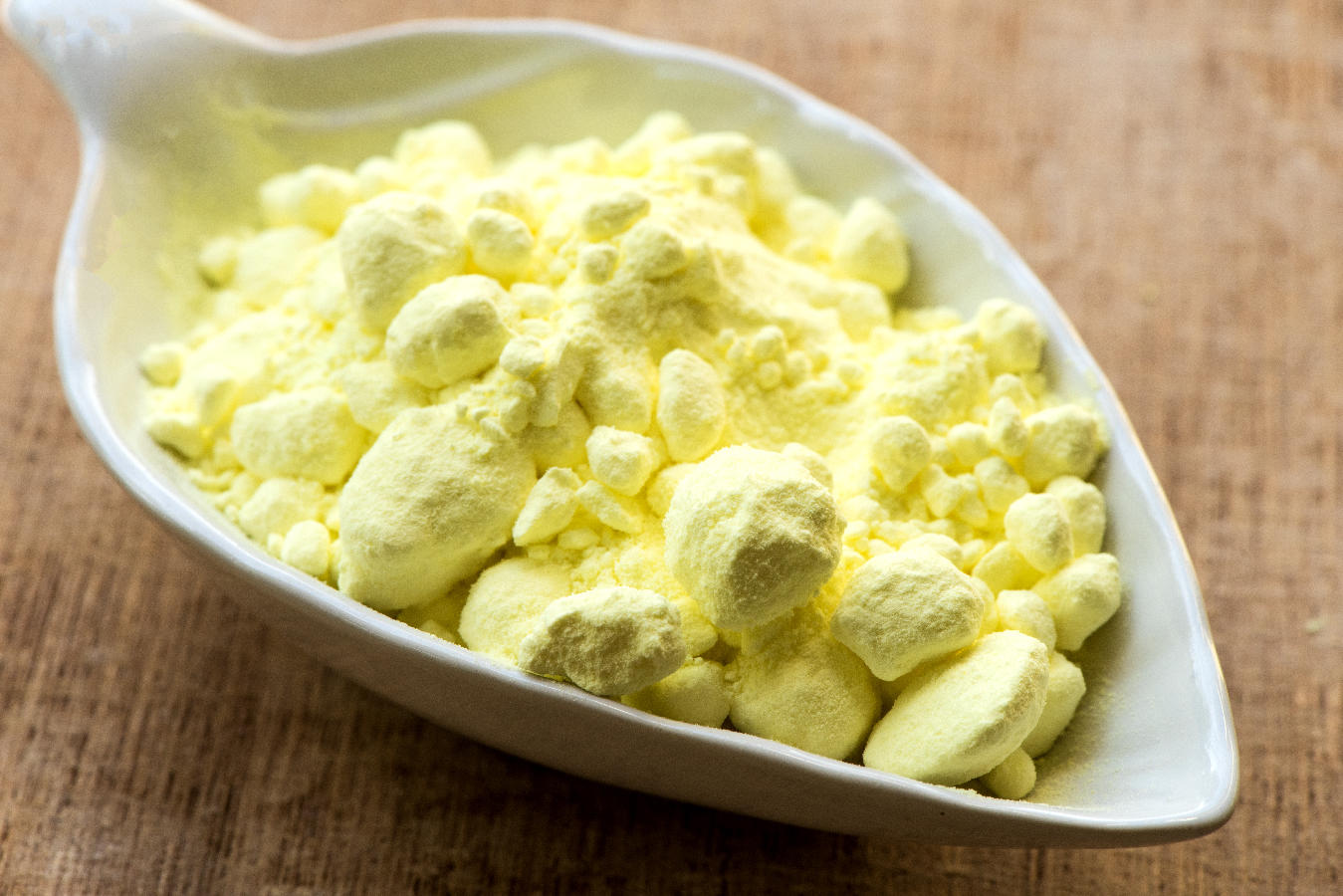 Sulfur is a naturally occurring mineral that works as a pesticide and has no negative consequences for human consumption.

On the other hand, one very safe chemical element most growers don’t use as a pesticide is sulfur.

Indeed, I’ve only met a handful of growers who know that sulfur has been used for centuries as a pesticide, not just as a fungicide to stop powdery mildew and fungi.

I recently had the enlightening experience of seeing two commercial grow ops in which cultivation technicians successfully used sulfur to fight off spider and russet mites.

In grow-room A, the tech discovered spider mites two weeks into a nine-week bloom phase.

He hung sulfur burners, turned off the air conditioning, lights and exhaust fans, and ran a burn for two hours three times within nine days.

He combined this sulfur use with the tactic of removing any cannabis branch that had even a hint of infestation, and by strengthening the fortress aspects of the indoor grow op.

By week four, his crop was almost totally clean.

The plants made it to harvest, and the buds were marketable.

In grow-room B, the tech discovered russet mites living deep inside buds that were four weeks into an 8–9 week bloom phase.

The grow tech purchased micronized sulfur and combined it with Rhino Skin to make a foliar spray.

He also used a liquid sulfur spray from the same supplier.

As an added boon, sulfur is a ripening nutrient that benefits flowering marijuana plants. The second tech foliar sprayed every other day while decreasing grow-op temperatures to 72°F and increasing relative humidity to 60 percent — because remember, mites dislike cool temperatures and high humidity.

He removed all branches that had russet mites, and also removed and destroyed parts of branches adjoining the mite-infested branches.

Keeping the mite-infested, sulfur-treated branches off-site, he monitored mite activity and found to his delight that the adult mites were dead, and their eggs had either not hatched, or the larvae had died immediately upon hatching.

In both of these grow ventures, the dried and cured buds had a slight sulfurous odor and an even subtler sulfurous taste, but this defect wasn’t a deal-breaker for using or selling the treated buds.

The really good news is that sulfur is one of the safest things you can spray onto cannabis crops. Sulfur is a mineral that’s found naturally occurring in our bodies, and is present in some vitamin products and vegetables including cabbage, broccoli, garlic and onion. Consult a physician if you want to find out more about the benefits and hazards of ingesting sulfur.

So the main points to remember when you’re dealing with spider mites, russet mites, thrips and general pests are:

I hope you never experience the heartbreak that mites and pests can cause in a marijuana garden. Now that you’re armed with this knowledge, I’m confident you’ll never have to!

Agents Of Yield: This Guide Will Help You Find The Most Bud-Boosting Hydroponics Nutrients For Your Marijuana Plants
You Want to Grow Your Own Weed — But Should You?