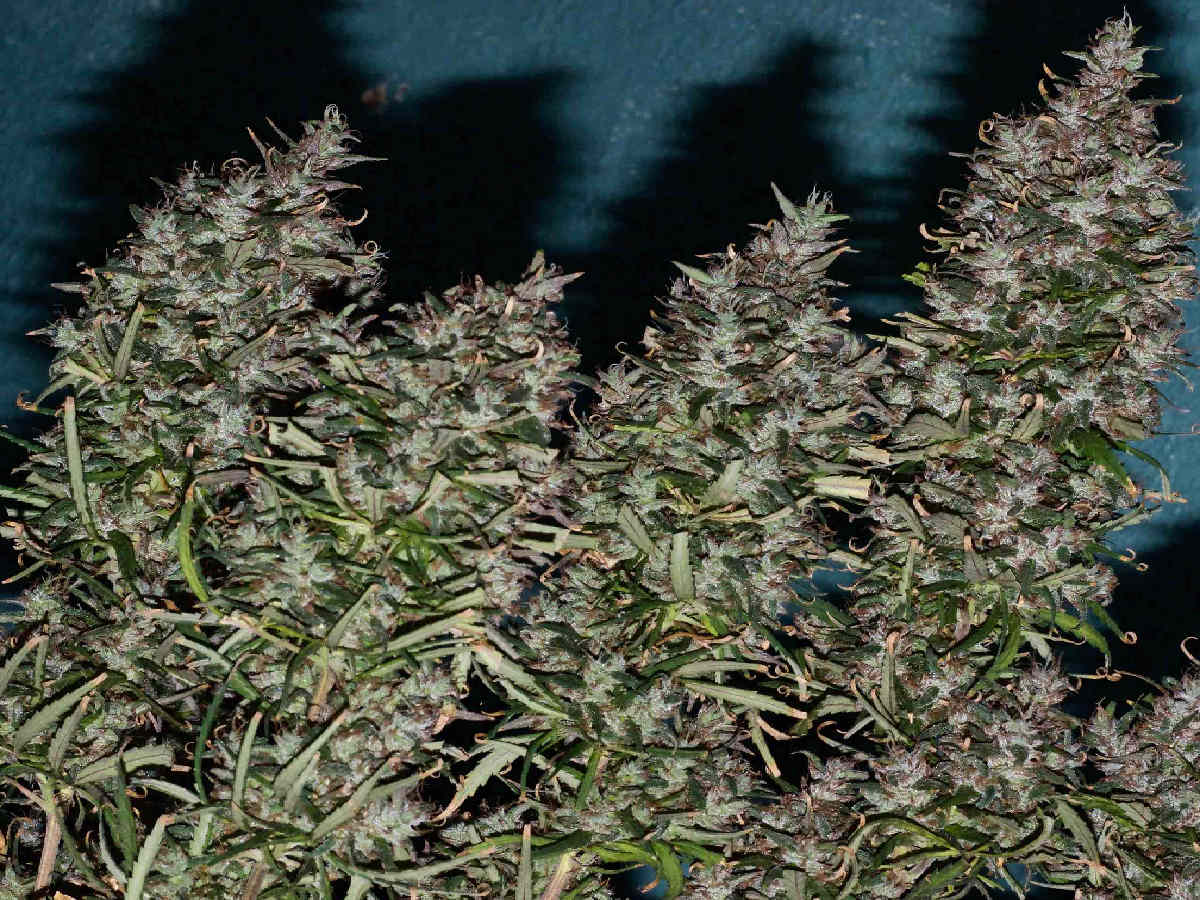 Autoflowering marijuana rewards you if you give it the best lighting.© Copyright, John Foster, 2016
By John Foster | Published: November 7, 2016

We also shared with you the dozen best autoflowering marijuana strains.

One convenient thing about autoflowering marijuana is you don’t have to switch to 12 hours of light and 12 hours of darkness per day to trigger and maintain bloom phase.

You don’t need 12-12 lighting to force autoflowering marijuana to start flowering—it starts on its own.

Autoflowering marijuana only has 20-28 days from germination before it automatically starts flowering.

That’s why you have to give it the best inputs and conditions immediately and consistently throughout the plant’s life cycle.

Some autoflowering marijuana growers give their plants non-stop light 24 hours a day.

“Autoflowering cannabis is like photoperiod cannabis in that it needs some darkness for healthy metabolism,” Straumietis says. “It’s unnatural to feed them 24 hours of light per day.”

“You want to use our pH Perfect hydroponics base nutrients and our full range of supplements specific to grow phase and bloom phase as appropriate,” Straumietis says. “This gives your plants the nutrients they need when they need it. You won’t see the nutrients deficiencies that often occur in soil growing or with other brands of hydroponics nutrients.”

This kind of light has a color temperature similar to the sun at mid-day in late spring or early summer.

Straumietis recommends talking to your hydroponics retailer about a PAR meter and lumens meter– both of which can be useful in shaping your light intensity and wavelengths for maximum plant productivity and bud potency.

Autoflowering plants have a very short time to build vegetative phase structure such as leaves, stalks, stems, and roots.

Growers should provide significant and appropriate light intensity for 20 hours per day during autoflowering vegetative phase.

This helps the plants create structure that supports larger flowers.

Straumietis says autoflowering marijuana growers have to be careful though, because seedlings can’t handle too much light intensity.

He recommends using fluorescent, compact fluorescent, or LED lights in the first week to two weeks after autoflowering seeds germinate, and then giving increasing doses of metal halide, LED, or light-emitting ceramic until autoflowering plants start flowering during their third or fourth week of life.

When autoflowering plants start pre-flowering, growers should go to a mixed lighting program that retains some blue light such as metal halide (MH), but also add red and infrared spectrum by using high pressure sodium (HPS) lighting or whole-spectrum marijuana-specific LED lights such as those made by Lush Lighting.

With professional LED grow lights like those made by Lush, you can precisely increase or decrease light intensity by raising or lowering the lights.

By the fourth week of an autoflowering plants’ life, it should be given light intensity and spectrum similar to what blooming photoperiod marijuana plants thrive on.

For example, a grower with a two-light set-up would use a ratio consisting of 1000-watt HPS and a 600-watt MH, Straumietis says.

If too much blue spectrum light is used during bloom, autoflowering marijuana Ruderalis genetics produce leafy buds that aren’t as desirable as tight buds covered in resin glands.

In all cases, as long as the plants are in a suitable grow environment and being fed pure water and pH Perfect hydroponics base nutrients and supplements, intense lighting in the right spectrum is essential for pushing autoflowering plants to maximum yield.

Note that autoflowering plants grown outdoors in remote locations can grow acceptably even if day length is as short as 12 hours per day.

The yields in these circumstances won’t be very high and the plants may well be dwarfs, but the plants will go through a full life cycle, flowering automatically and producing buds.

“Autoflowering marijuana needs maxed inputs of light and nutrients because it has less time in its life cycle,” Straumietis says. “Be sure to keep your grow room at the right temperature and humidity, and after the plants have strong root systems, pour on as much light as they can absorb.”