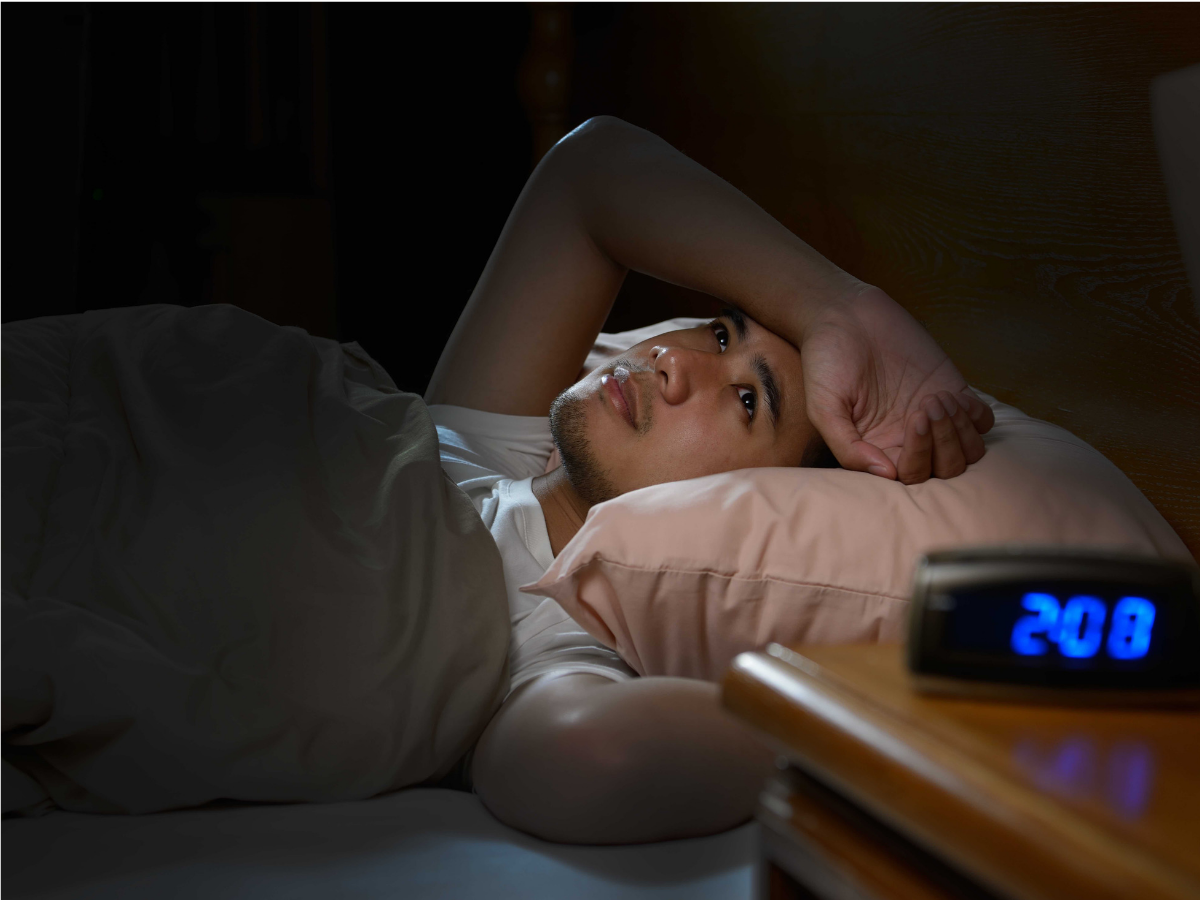 For those of you who have been struggling with anxiety, the findings from a new study may offer up some hope.

Stress from the challenges of everyday life can have a big impact on a person’s anxiety levels, and overwhelming and abnormal feelings of worry, angst and persistent dread can reduce your quality of life and cause a wide range of unpleasant physical and mental symptoms. Luckily, research suggests that cannabis can help ease anxiety and get patients back to living their lives.

While previous research has already shown cannabis to be effective at easing anxiety, not all strains are created equal, nor do they help to the same extent — some might even cause added anxiety. To shed some light on this complicated situation, a group of research scientists explored a more specific question: “What strains are best suited for treating anxiety?”

Marijuana And Anxiety: A Complicated Picture

If you suffer from anxiety, you’re not alone. Anxiety is a common condition that affects more than 40 million Americans, and the side effects it brings can be devastating to a person’s well-being and ability to function. It can be difficult to operate on a daily basis when dealing with such negative effects as:

Thankfully, cannabis can help with this challenging condition — in fact, anxiety is one of the most common conditions people treat with cannabis. Still, the correlations in the research between anxiety and cannabis consumption have always been complicated.

On the one hand, there is strong research that suggests cannabis is effective at relieving anxiety: One study shows that marijuana not only reduced subjective reports of anxiety, but it also reduced biological indicators of anxiety, such as the stress hormone cortisol. On the other hand, there is also research that shows cannabis may cause or worsen anxiety. So, what’s going on? It’s a complicated picture that needs to be more clearly painted if we hope to utilize medical cannabis effectively.

Perhaps part of the confusion has to do with dosing. Some research indicates that the common cannabinoids THC and CBD both help to alleviate anxiety when used at lower doses, but then worsen those racing thoughts and feelings of dread when consumed at higher doses.

Different cannabis strains have different combinations of chemical components. These differences are known to have a big impact on the effect of a given strain, so it’s entirely possible that the conflict in the research has more to do with strain differences than anything else. Some strains might help anxiety, while others might make things worse.

Unfortunately, most of the current research hasn’t looked at these differences. Rather, most studies reference the cannabis plant as if it contains just one type of medicine, or focus on an isolated cannabinoid, like THC or CBD. Research on specific strains is needed, but few scientists have been empowered to study the plant at this level of detail — until now.

The Search For An Anti-Anxiety Cannabis Strain

While few researchers have looked at the effects different strains of cannabis have on anxiety, this is exactly what scientists at Canada’s Whistler Therapeutics set out to do. They wanted to discover the blend of cannabinoids and terpenes (i.e., the naturally occurring aromatic oils found in cannabis that enhance a plant’s flavor and high, while also holding numerous health benefits) that would work best for treating anxiety.

“Patients report having distinct preferences for certain strains over others, and little research has been done on what, if anything, is different between strains they like or dislike for a condition,” explains Daniel Lantela, co-founder and director of drug development at Whistler Therapeutics. “By asking patients which strains they liked or disliked, we could correlate their choices to the chemotype.”

The Whistler Therapeutics study is now paving the way for future scientists to unlock the secrets hiding in the thousands of different cannabis strains currently available on the market.

To find the anti-anxiety marijuana strain they were looking for, the researchers asked patients to rate their experiences with different strains, while also considering the chemical composition of each strain being reviewed. To pull this off, they worked exclusively with a company that grows and sells its own cannabis. This way, they were able to keep track of each strain and exactly what chemical compounds are contained within. The researchers included 25 strains in the study and surveyed 442 of the company’s patients about the specific strains they had purchased. Respondents were asked to rate the most and least effective strains, using a scale of 10 to rate how effective those strains were at reducing their anxiety.

The researchers compared those results to two sets of independent lab tests showing the chemical composition of the reviewed strains. The end result was a list of the most and the least effective strains for anxiety, as well as some interesting analysis about which chemical components might correlate with effectiveness in treating anxiety.

Most Effective Strains For Treating Anxiety

So, what are the best and worst strains for anxiety? It’s important to note that for the purpose of this study, there were only 25 strains used, and there may be plenty of others out there that have better or worse effects. Still, this study did produce a list of the most and least effective strains for treating anxiety. According to the study, the four highest-rated strains for relieving anxiety were as follows:

The researchers noted that there was a strong preference among the subjects for Kush varieties of cannabis. Three of the four best-rated strains contained genetics from this landrace strain that originates in the Kush mountain range of Central Asia. This shouldn’t be a surprise to those who know that Kush strains are prized for their relaxing and pain-relieving effects. But what is behind that calming high?

Researchers found that all three Kush strains shared a similar blend of terpenes. This Kushy chemotype contained high levels of trans-Nerolidol, b-Caryophyllene and D-limonene — in all three strains. In addition, the statistical analysis found that a commonality between the most effective strains was high levels of THC and the terpene trans-Nerolidol.

The researchers also looked at the strains that didn’t help much with combating anxiety:

One thing you might notice is that Blueberry Lambsbread is on both the most and least effective lists. How does that happen?

There are a few reasons for this. It’s possible this is because of differences in individual responses to strains — it may be that Blueberry Lambsbread is helpful for some and unhelpful for others.

“Another possibility is that it has a medium level of effectiveness — say, five out of 10 on an arbitrary scale,” Lantela explains. “Since patients choose their own strains, they did not all have experience with the same strains. Some people might have tried strains that range between two and five [out of 10] for anxiety, and Blueberry [Lambsbread] was the best one they tried when they took the survey. Other people might have tried strains in the five-to-nine range, and for them Blueberry was the least effective.”

Still, when it came to the analysis of the chemical profiles, there was something that caught the eyes of the researchers — the terpene terpinolene, which was dominant in the profile for the worst performing strain, Chocolope. This strain beat the competition for least effective by far, so the researchers honed in on this terpene as a big potential factor in worsening anxiety.

Another terpene linked to poor effectiveness when treating anxiety is guaiol, which was found in three of the four least effective strains, but in none of the most effective strains. Because it was found in very small amounts, however, the authors can’t say whether it should be seen as a marker (a chemical tied to ineffective chemotypes but not something that actually affects anxiety) or if it has significant enough effect on anxiety, even at small doses.

Other terpenes, like eucalyptol, g-terpinene, a-phellandrene, 3-carene and sabinene hydrate, had similar issues in the analysis. While each are significantly correlated with a lack of effectiveness for treating anxiety, each were also present in such small amounts that we can’t really say for sure how they fit into the overall picture.

This study was a massive step forward in cannabis research, but its conclusions should be taken with a grain of salt. This was just a first step, and the study had significant limitations.

Surveys on medical treatments are often unreliable and difficult to interpret, as most aren’t double-blind and can’t rule out placebo effects. This study had additional issues as well. It looked only at a small subset of strains, and the respondents rated only those strains they had tried. It’s entirely possible (and even likely) that there are other strains that could be more effective at relieving anxiety. But as Lantela points out, “The vast range of chemotypes makes narrowing down a few for a controlled study difficult.” His hope is that this first study can point the way toward specific strains and chemicals with more rigorous studies.

“Eventually, researchers should start to look deeper into the terpene profiles in controlled studies,” Lantela explains. “Having blinded studies on cannabis products with varying cannabinoids and terpene levels is much needed.”

While more research is needed to find an anti-anxiety chemotype, the authors argue that the study still had some important takeaways.

“This study demonstrated that patients’ choices for strains was not random, and the choices were correlated to specific terpene content,” Lantela says.

He also says the study suggests patients respond differently to different strains. Genetics can play a big role in how each person’s biochemistry interacts with cannabis. Ultimately, you will have to try different strains and see what works best for you.

Despite these limitations, the study does point patients in the right direction. If you are looking for a strain to help ease anxiety, Kush strains that are high in trans-Nerolidol and THC may be a good starting point. If they help, you can then experiment with different varieties to find one that fits your needs and individual biochemistry. Everyone is different, so if you find that these recommendations aren’t helping, just listen to your body. You may have a different reaction than other consumers might, so pay attention to what works best for you.

Hopefully research on specific strains will improve as we move forward with legalization efforts across the globe. But until then, this study is a great first step.

With The Introduction Of New Oil-Only Cannabis Bill, Could Costa Rica Finally Be On Its Way To Legalization?
More Than Just A Good Smell: Unlocking The Power Of Rare Terpenes