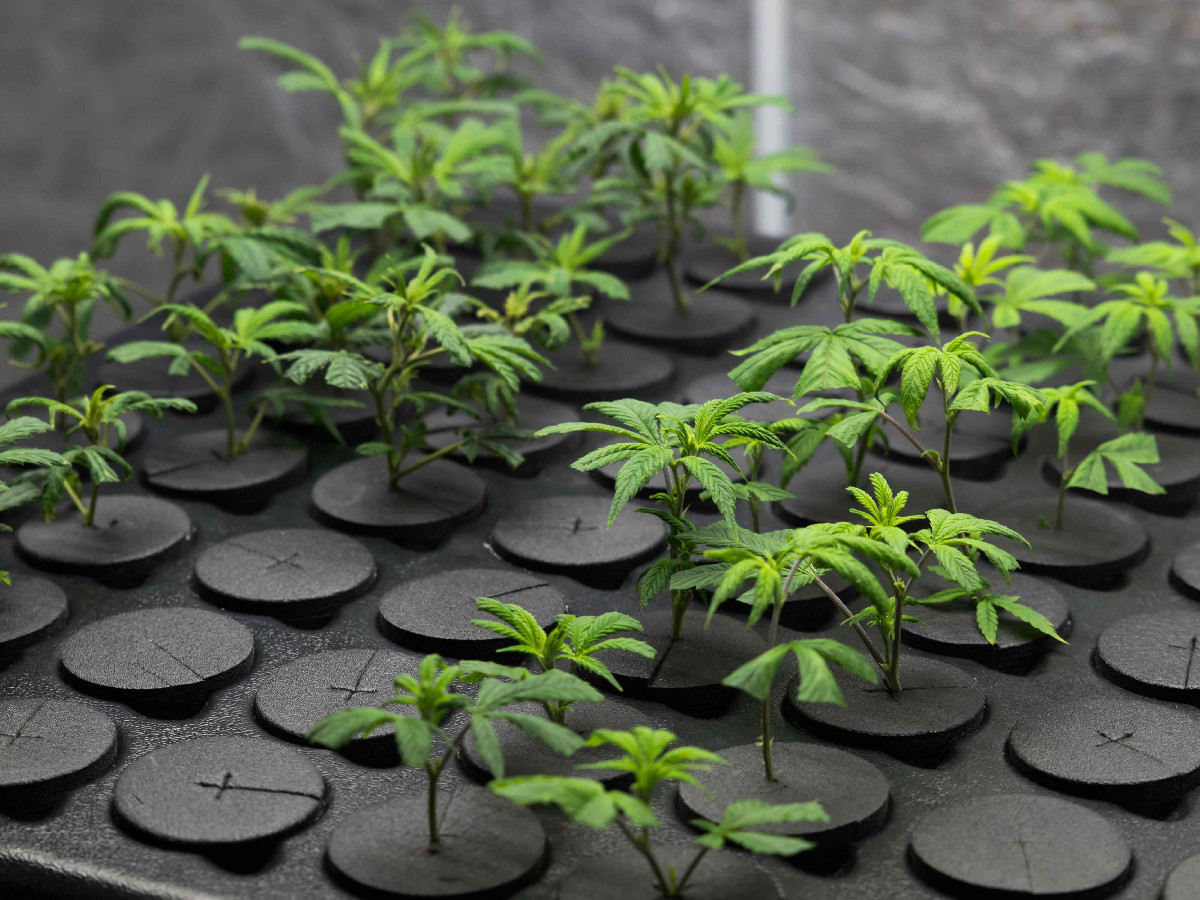 Rest assure, novice growers. Cloning isn’t as challenging as you might think it to be. That’s the message Danny Sloat, grow expert and founder of cannabis cultivator AlpinStash, wants to get across.

For the uninitiated, cloning is when you take a clipping off a mother plant and root it. The clone — or cutting as it’s sometimes known — then grows into another female plant, and is a genetically identical clone to that original plant. Seeds, on the other hand, come from a phenotype. When you start from seed, each seed of the same strain is a different phenotype — that is, an expression of the genetic traits, including its taste, effectiveness and appearance — which Sloat likens to siblings from the same parents. One sibling’s genetics might lean toward the father, the other might lean toward the mother, but they come from the same source.

“If you plant five seeds, all five of those seeds might be identical but more than likely they’ll be different from each other,” he explains.

When cloning, however, you’re growing essentially the same plant as the one it was cut from.

Here are some key do’s and don’ts for beginner growers when it comes to cloning.

1. Do Pick A Healthy Mother Plant

The healthier your mother plant is, the healthier your clone will be. A healthy plant grows vigorously, is not light green in color, but isn’t super dark either, with no purpling in the stem (unless this is a genetic trait). It also shouldn’t have drooping leaves or stem damage.

The grow media you use is the foundation that gives your cutting something to root into so that you can plant it. Your grow media could be soilless medium, like coco coir or perlite, but Sloat prefers to use a spongy, compressed plug that works much in the same way.

He suggests soaking the media in a premixed beneficial bacteria and aloe water solution before placing the cutting in it. Then, place the media beneath a dome, which is a covered flower-bed tray that maintains humidity while allowing light to penetrate.

Super Sprouter does a great dome kit that includes a fluorescent grow light and heat mat.

Premade gels don’t require mixing with water and are a convenient way of giving your plants the variety of hormones they need to encourage rooting growth.

“Not only does [rooting gel] deliver hormones, but it also helps seal the cut you make,” Sloat says.

The main risk when cloning is that exposed cuts will suck up air, which can result in an embolism — a blockage in the form of an air bubble that will prevent water and nutrients from moving up the plants, causing them to die.

However, if you dip the cut in gel, it will seal and prevent the air embolism, while imparting the hormones that encourage rooting.

Please note that while premade rooting gels are convenient, because they’re premade, you won’t be able to adjust concentration levels.

4. Don’t Let Your Clone Sit Outside For Too Long

If you take a cut, and aren’t immediately going to plant it, you must submerge it in water. Don’t leave it bare in the open or it will die. You can leave it in the water for up to two weeks, while some experienced growers suggest that you can store clones that have been immersed in water in a zip-lock bag, and place them in the non-freezer part of a fridge to preserve them for up to six weeks.

While weed loves food, you can damage your clones if you’re too generous with the fertilizer when they’re trying to root. This is because some of the nutrients in plant food, like nitrogen, encourage the plants to cultivate new growth at the tip and discourage rooting, while others can be detrimental to rooting.

Sloat admits that for the first two to three weeks he uses little more than tap or spring water for his cloned plants. “I don’t use anything fancy on [them].”

However, once transplanted, you can gradually introduce fertilizer into their diet.

6. Do Make Sure Your Clones Have Two Nodes Of Active Growth

Aside from looking for evidence of two nodes, which are the areas from which leaves grow, your clone should have at least one to two nodes below that growing tip.

Sloat says about 4–6 inches tall should be enough. You want to make a cut at a 45-degree angle so there’s more surface area for the roots to grow from.

7. Do Keep Your Grow Media Moist

Keep it moist, but not soaking, throughout the process. Make sure there’s moisture in the dome by spraying the leaves once or twice a day. Sloat suggests using a heating mat to help the water evaporate.

8. Do Allow Your Clone To Harden Off Once The Plant Begins To Root

Hardening off is when you deliberately and gently expose plants that have been grown indoors to the elements outside in a bid to toughen them up. This helps prevent transplant shock, which can lead to stunted or dead seedlings due to the sudden changes in temperature.

If you’re an experienced grower who wants more in-depth cloning advice, read our posts on buying and shipping marijuana clones and clone-only strains.

The Good Germin’: How To Germinate Old Weed Seeds And Bring Them Back To Life
Sessions’ Obsession With Regression On Possession