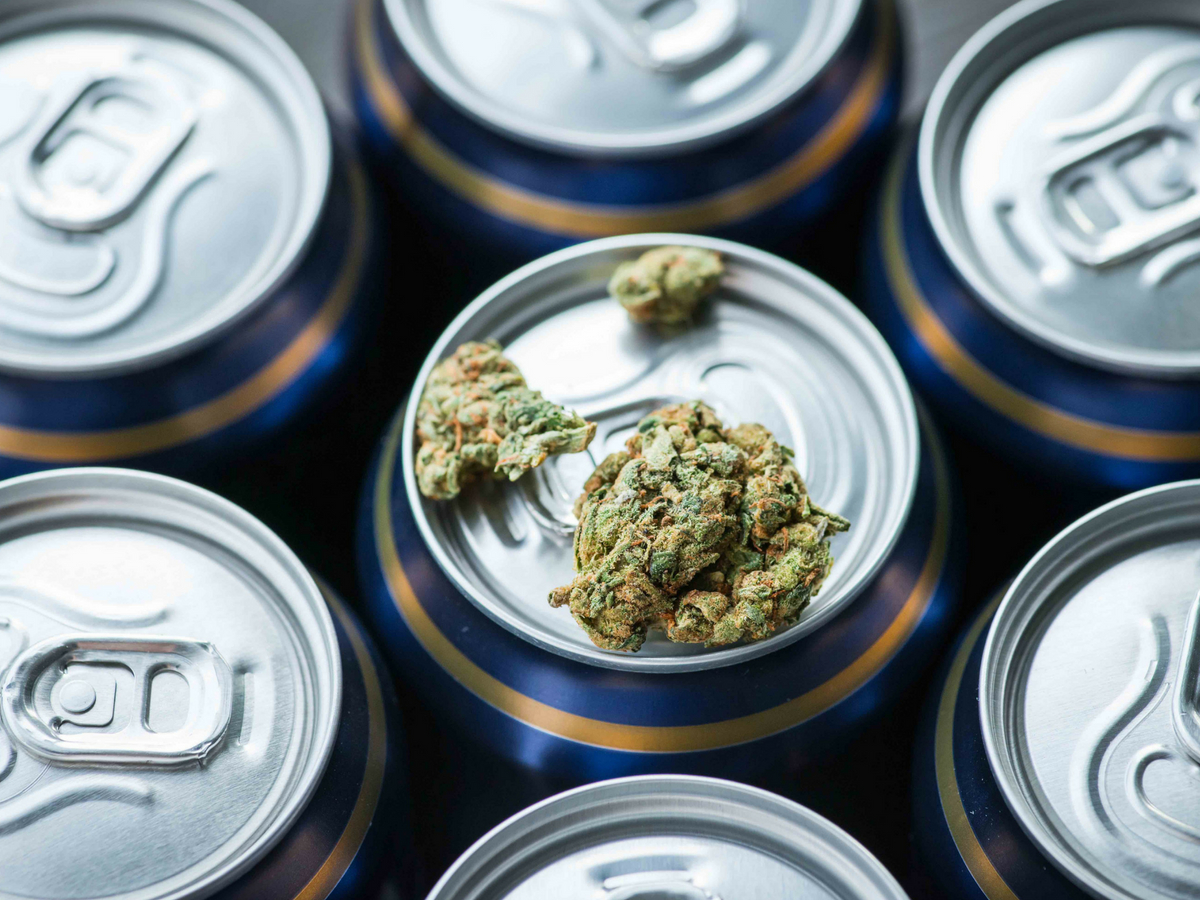 The battle of the buzz is on.

As beer sales in North America continue to decline amid competition from wine, spirits and legal marijuana, brewers across the continent are seeking to fill that financial void. Some alcohol sellers — most notably beer producers — are betting on cannabis-infused drinks to help save the day and boost sagging sales.

The situation is spawning a whole new cannabis-centric drink category in the alcohol sector as merchants seek to create the next great weed-focused beverage. Heineken International and Constellation Brands are two of the bigger alcohol purveyors making moves this year and looking to expand into the pot space.

But it’s not an easy row to hoe.

Challenges exist — including navigating complicated state and federal regulatory systems for both cannabis and alcohol, as well as the uncertainty of how products containing weed and alcohol will affect users. Called crossfading, the combination of booze and marijuana, which contains the psychoactive compound THC, can sometimes throttle users and send them down a rabbit hole of nauseating events.

As beer companies search for inventive ways to lure back some of those defecting dollars, the competition is mounting. Product alternatives range from nonalcoholic cannabis drinks with flavoring (essentially sparkling water with a psychoactive kick) to beers brewed with actual cannabis buds, stalks, roots and stems — minus the alcohol content.

The nonalcoholic theme appears to be the leading trend in cannabis-infused beverages, as the sale of drinks commingling alcohol and cannabis is presently illegal in the US. While medical marijuana is currently lawful in 30 American states, plus the District of Columbia, cannabis remains federally illegal and therefore subject to regulation by federal bodies like the Drug Enforcement Administration and the Food and Drug Administration.

In Canada, where national legal pot sales are set to kick off October 17, the government is rolling out legalization gradually, and has mandated that drinkable pot products will not be legalized until sometime in 2019.

A Legal Purgatory For Brewers

Creating a successful cannabis beer is not a simple process.

While buds and brews might feel like natural companions — in fact, cannabis and humulus (hops) hail from the same botanical lineage — cannabis as a brewing ingredient is still a relatively new concept and largely uncharted terrain for most modern brewers.

Beer brewers at Toronto-based Province Brands, who’ve created one of the first cannabis beers made from the whole cannabis plant, admit they’ve encountered some real challenges while brewing their pot-derived beer. It apparently wasn’t all roses from the start.

“The things that we would come up with just tasted horrible,” Dooma Wendschuh, co-founder and CEO of Province Brands, told Esquire. “They tasted like rotten broccoli.”

And challenges for US brewers go well beyond producing palatable flavors. Even merely experimenting with the combination of beer and cannabis at brewing facilities is currently illegal in the US — including states where medical marijuana has been legal for years.

In California — considered a mecca of marijuana experimentation — it is presently illegal for beer companies to even possess any amount of cannabis on the premises. A recent memo issued by the Department of Alcoholic Beverage Control (ABC) underscores that fact, emphasizing to cannabis and alcohol producers that combining the production of marijuana and liquor in the same location is illegal. The advisory reads:

Due to the restrictions on licensing and permissible activities, premises may not be licensed with both an ABC license and a license issued under MAUCRSA [Medicinal and Adult-Use Cannabis Regulation and Safety Act], even though a licensee may hold licenses (at separate premises) under both statutory schemes.

So, you can hold both licenses, but you can’t use them in the same place.

It’s for that reason that California-based beer maker Lagunitas Brewing Company had to have its new weed-centric drink called Hi-Fi Hops — a nonalcoholic sparkling beverage made with cannabis — produced offsite. The company says its partnership with nearby cannabis extract producer CannaCraft in Santa Rosa actually grew from those restrictions. To follow the regs, Lagunitas creates the hoppy elixir in-house, then sends it over to the extractor for cannabis infusion.

Famously brazen about its 420-leanings, Lagunitas has for over two decades produced beers that extol the virtues of cannabis consumption, including favorites like SuperCritical Ale, Waldos’ Special Ale and Censored — all nods to cannabis culture. Lagunitas was for a time so enthusiastic about cannabis that in 2005 its weekly 4:20 p.m. parties at the Petaluma brewery drew the attention of authorities and led to a bust by the feds and the temporary shuttering of the premises. In commemoration of that incident, Lagunitas then brewed an ale called the Undercover Investigation Shut-Down Ale.

But that was during a much more carefree time for the subversive beer company. Now fully owned by beer giant Heineken International, today Lagunitas is more aware of staying within the confines of the law. Hence, offsite manufacturing of all its marijuana products.

Crossfading Can Be Dicey

Brewers looking to add a pot kick to their amber nectars also need to think about providing customers with a manageable buzz.

Crossfading is a big concern and one of the reasons why brewers haven’t yet nailed down a successful alcoholic weed beverage. Unlucky crossfaders who take it a step too far have reported greening out, when they experience sweats, dizziness, nauseous and even vomiting after mixing the two substances.

The Seattle native, who’s enjoyed recreational use of both cannabis and alcohol for years — but almost always at separate times — says she never again wants to experience the ill effects of crossfading.

“It was one of the worst nights of my life,” says Estevez, who admits to crossfading once and says things went south fast. “I was drinking cocktails one night out with friends, pretty casually really, just a few drinks. Then I had a bong rip toward the end of the night. Oh my God, I spent hours spinning and felt sick to my stomach.”

Because cannabis has a natural antiemetic effect, it can be more difficult for consumers experiencing nausea to vomit and subsequently feel relief. Typically, when a person drinks too much alcohol, the body’s response is to rid the system of excess booze by purging. Generally, the queasy feeling subsides and there are no lasting effects.

Estevez says while she has no interest in smoking cannabis and drinking alcohol together, she’s open to the idea of a beer, alcoholic or otherwise, that’s combined with weed.

“It seems to me it’s just a matter of time before beer companies figure this out,” she says. “I’m sure they’ve got people working on this trying to get the right balance, so everyone’s not spinning every time they drink a pint.”

Fear And Self-Loathing: Growing Cannabis Strains That Have Antidepressant Effects
Just Say Meh: What Happens When A Grower Goes To Marijuana Anonymous?