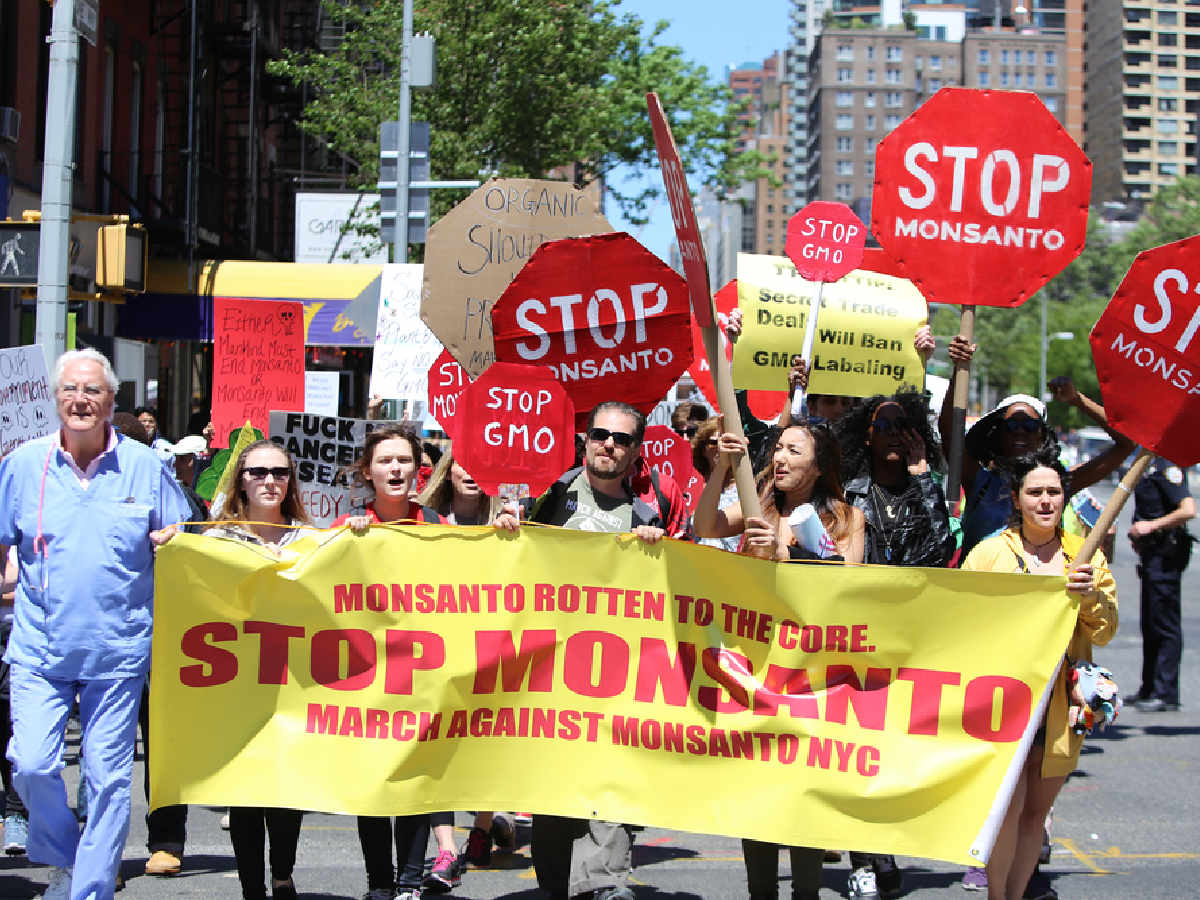 Bayer buys Monsanto and GMO marijuana could be the result.
By Steve Davis | Published: September 19, 2016

Here’s the inside story:

As you know from previous BigBudsMag.com articles, Monsanto makes poisons, GMOs, and other products proven to harm people and the environment.

Monsanto has a deep business partnership with Scotts Miracle-Gro, a convicted corporate criminal– and Scott’s Miracle-Gro is trying to take over the marijuana industry.

A hydroponics lighting manufacturer told us Scotts Miracle-Gro wanted to buy most of their bulbs and sell them at Home Depot and other discount stores.

“They want to bypass hydroponics retail stores,” the hydroponics lighting rep told us. “When we said we won’t get in bed with them they said, ‘Well, we could just buy your whole company like we did with Gavita and do whatever we want.'”

Scotts Miracle-Gro CEO Jim Hagadorn says he’ll spend as much as HALF A BILLION DOLLARS to buy out the cannabis industry.

This despite the fact that Monsanto and Scotts Miracle-Gro have long been partners with the DEA to produce poisons used in the wars against marijuana and coca plants.

Bayer is partnered with GW Pharmaceuticals, the UK-based company that grows marijuana, extracts compounds from it, and turns the compounds into pharmaceutical medicines.

Bayer is the licensed distributor for GW’s Sativex®, an expensive medical cannabis extract spray that patients say is less effective than growing and using their own buds.

Like Monsanto and Scotts Miracle-Gro, Bayer is a pathologically harmful corporation.

In 1898, Bayer trademarked the opiate diacetylmorphine, giving it the name heroin.

Bayer was the first company to mass produce and mass market heroin worldwide.

The company falsely claimed that heroin was great for children as a harmless curative for coughs and digestive disorders.

What do they want to do with these strains?

GMO Cannabis is the Likely Goal

If Monsanto and Bayer follow their usual agribusiness model, he says, they’ll want to pharmaceuticalize THC, other cannabinoids, and terpenoids so you have to get a doctor’s prescription and buy marijuana compounds from corporations.

One important problem with Monsanto, Bayer, and Scotts Miracle-Gro linking up is that their goals are to control the world’s seed supply, food supply, agricultural chemicals, fertilizers, and medicines.

“These corporations reduce the variety and availability of native seeds,” he says. “They genetically modify crops so farmers have to buy new seeds every year. Farmers are forced to use corporate chemicals like RoundUp to grow them. They’d do the same thing with GMO marijuana.”

The corporate interests and immense political power of Bayer, Monsanto, and Scotts Miracle-Gro, enforced by the World Trade Organization and international patent law, could result in corporate ownership of marijuana seed stock, prohibition of cannabis growers producing their own strains, GMO marijuana, and decrease in the number of cannabis strains available.

“There used to be hundreds of commercial varieties of apples,” Straumietis says. “Today there are less than two dozen. The United Nations warns that the diversity of cultivated crops declined by 75% during the 20th Century and a third of today’s crop diversity could disappear by 2050. The global plant breeding market is dominated by multinationals like Monsanto. They’re stealing Nature from us.”

Straumieitis suspects that the corporate plan is to genetically modify marijuana, establish patented GMO marijuana seeds and strains in the marketplace, and then use patent and trademark enforcement to attack marijuana seed breeders and rob us of our seeds.

This is the exact model Monsanto has used to attack farmers worldwide, Straumietis says.

“Take a look at what Monsanto did to Canadian farmer Percy Schmeiser,” Straumietis advises.

The corporate goal is to ban growing your own cannabis so you’ll be forced to buy “medical products” such as Sativex, he says.

Here’s How You Fight Back

What can we do to stop Bayer, Monsanto, and Scotts Miracle-Gro?

“Corporations and people with hundreds of billions of dollars know marijuana is a miracle plant. They want to come in and steal our plants, seeds, and industry from us,” Straumietis says. “We must stop them.”