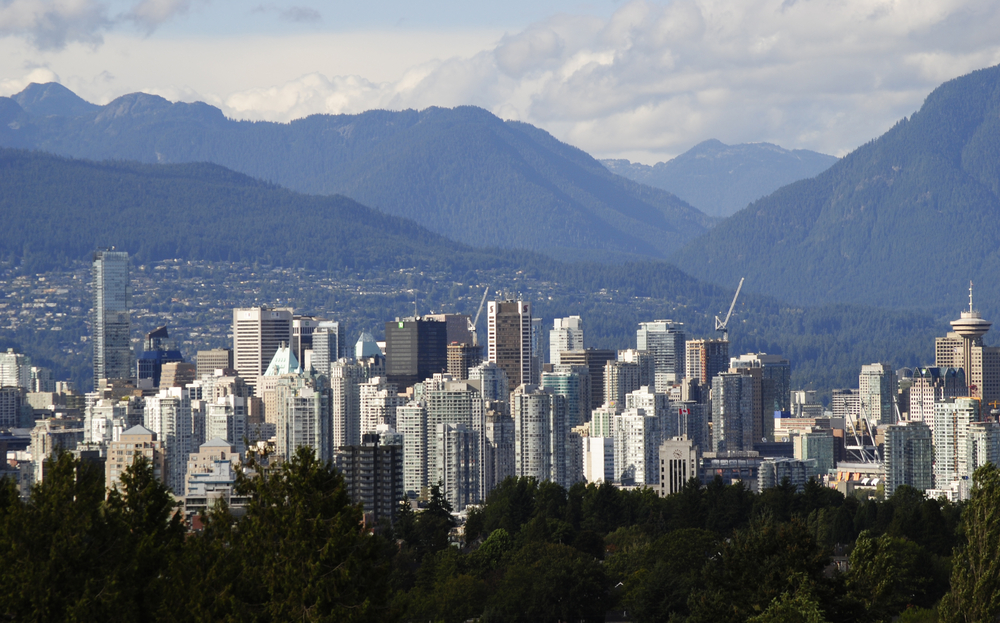 By Steve Davis | Published: May 2, 2013
B.C. Bud. Fifteen years ago that was the marijuana many of us were smoking, especially on the west coast. Now there’s a 3-part video series that shows marijuana growers how the B.C. growers made their millions!

Grown in massive British Columbia grow ops, and in one of every six houses in beautiful Vancouver, Canada, B.C. Bud traveled across the border in submarines, duffel bags, helicopters, tunnels, footballs, huge trucks, and balloons, supplying American marijuana consumers with two billion dollars worth of marijuana per year.

But times sure have changed. When Vice Magazine’s video crew visited B.C. recently, they found the B.C. bud industry is changing fast, and not for the better.

Canadian Prime Minister Stephen Harper and his conservative allies in government, prison industries, and police forces have pushed mandatory minimum sentences for marijuana growers. Used to be that if you got caught growing 300 marijuana plants in B.C., you didn’t even see the inside of a prison. Not anymore.

And Harper’s government is getting rid of medical marijuana grow licenses that allow sick and dying people to grow their own medicine or have someone grow it for them.

Vice’s three-part series on B.C. bud focuses a lot on marijuana money, but my main focus is always on marijuana cultivation. What can we learn from the B.C, bud growers shown in this video series? Here are some marijuana grower tips direct from the large-scale, on-camera grow ops you see in the videos…

The Vice video report shows screen of green (SCROG) marijuana growing. SCROG features bushy, trim-manipulated plants with net-supported multiple main branches that can yield way more marijuana than the typical Christmas-tree shape you get when you let marijuana grow naturally without topping it.

SCROG marijuana can handle a higher parts per million and more robust hydroponics nutrients program. If you grow in soil, your pots need to be larger than usual because your marijuana plants need a larger root mass to support the bushier growth above.

The main, unique feature of SCROG is it provides netting that plant branches go through to support them so they can handle the branch-bending weight of buds that thicken big with the right hydroponics nutrients feed program.

You also get maximized plant density, but with very little light reaching the lower canopy, and an efficient if not too crowded use of grow op space.

The disadvantage of SCROG is your marijuana plants are often very close together, and as you see in the Vice video, when you want to inspect your plants or if you’re hand-watering, you have to crawl in under the netting. It’s easy to get tangled in SCROG netting, but if you do it right, you get more yield per square foot and per watt than other types of growing.

Have you read the BigBudsMag.com article talking about dangerous “plant growth regulators” in some hydroponics formulas, and how they can screw your health and your plants?

The use of plant growth regulators (PGRs) is often a component of the “marijuana on steroids” approach mentioned by marijuana growers in the Vice video.

In one Vice segment, marijuana growers on-camera were discussing leaf mutations they suspected were caused by the rapid, unnatural growth created by a water culture system.

It’s hard to properly dial in the conditions and nutrition for water culture marijuana growing, and if you do it right, you get extremely healthy marijuana roots, fast growth, and earlier harvests. But you’re pushing your plants in ways that nature never intended, and it can cause over-revving problems that come from growth that’s too rapid for the plants’ genetics.

If you compound that pushing by using PACLO and other PGRs, you may well get fast-growing, high-yield marijuana plants, but you could also see marijuana plant problems, or health problems for you when you consume the steroid marijuana.

These courageous B.C. people have been fighting against the drug war for many years, and have suffered a lot of personal harm for it, but they remain fiercely dedicated to marijuana freedom.

In the circles of marijuana suppliers who’ve been growing B.C. marijuana for decades, marijuana legalization in Washington and Colorado combines with Harper’s adoption of hard-line drug war tactics to spell worry and perhaps doom for the marijuana gold rush B.C. has counted on for its economic health. The more legalized marijuana is in the USA, the lower the prices and profits, and the less export market opportunity for sending Canadian marijuana to the United States.

Growers predict that if the Canadian government follows through on its threat to end the medical marijuana cultivation licensing program (slated to end in 2014), many amateur marijuana growers will have to get out of the business, replaced by a few dozen massive, corporate-style grow ops licensed by the government.

To a degree, this scenario has already played out in Colorado, where the marijuana supply has gone from an all-underground production market to a government-licensed, mega-bucks, commercial marijuana grow model, in only a couple of years.

The main takeaways regarding the economics of B.C. bud are that the easy days of Canadian marijuana growers making lots of money with no risk of going to jail will come to an end.

And probably the only B.C. marijuana growers who will thrive financially are the ones who produce absolutely the finest connoisseur marijuana.

Professional Canadian marijuana growers say they’re going to be growing as much as they can while they can, increasing the quality of the marijuana strains and grow-op supplies they use, and paying extra close attention to flushing, drying, curing, and presentation.

Vice Magazine does some good video journalism, and its B.C. Bud series is fascinating; my favorite parts were seeing the huge grow rooms.

Vice missed out on some journalistic B.C. bud opportunities. They should have interviewed the people at Advanced Nutrients, a B.C.-based hydroponics manufacturer that’s the only hydroponics company to ever openly support the marijuana growing community, and the only company ever to make hydroponics nutrients and gear tested on marijuana plants.

They also should have interviewed Brown Dirt Warrior, the legendary Canadian outdoor marijuana grower and filmmaker, and Remo, the Urban Grower. Other than those omissions, the Vice crew took a good look inside B.C.’s at-risk marijuana gold mine.