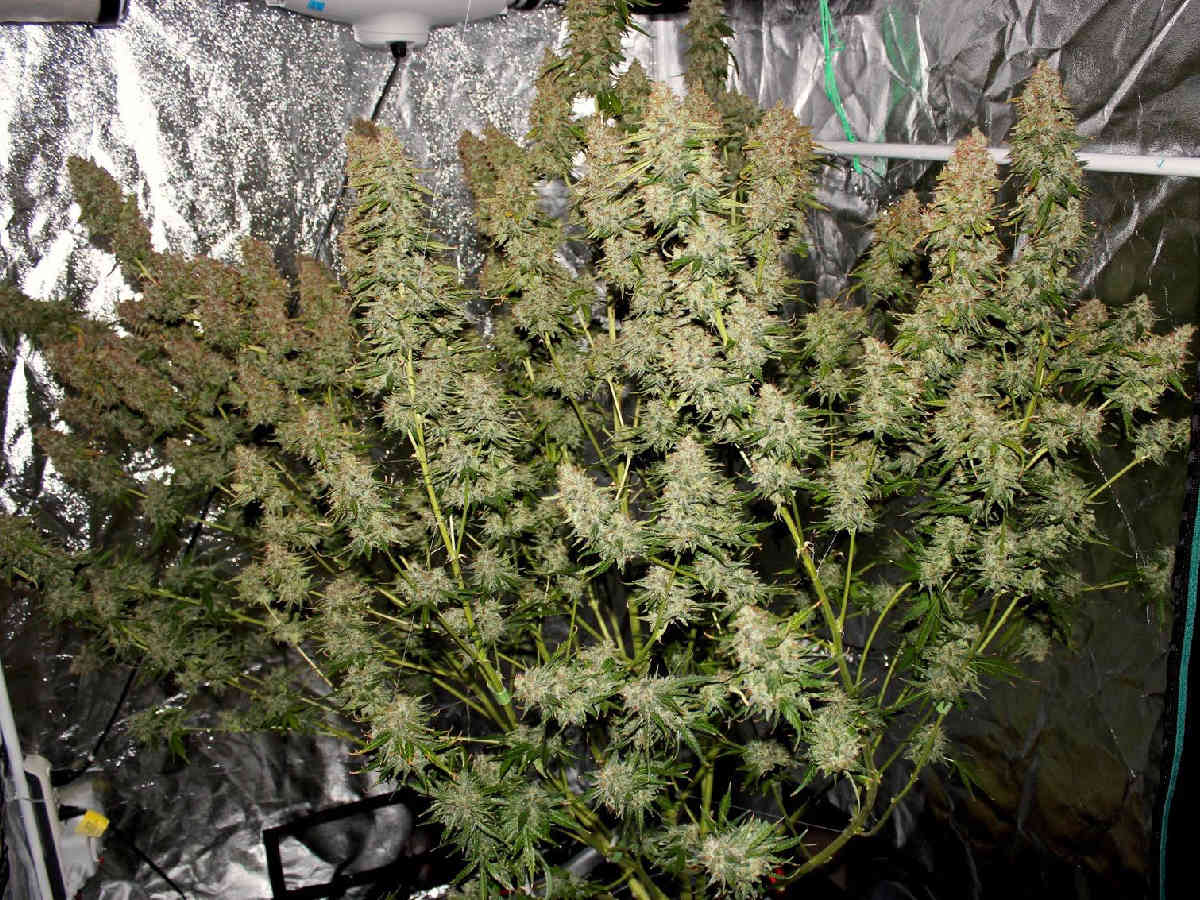 Dutch Passion is one of the oldest and most-respected marijuana seeds companies in The Netherlands.

They’ve been at it for decades, and they have old school genetics that are hard to find anywhere else.

Their powerhouse Master Kush strain was named best overall and was also the first-place winner in the Kush category.

Today, those regions are dominated by warfare, so it’s almost impossible to go on cannabis genetics expeditions.

Master Kush is unlike other Kush varieties in a way that benefits growers worried about marijuana smell—it doesn’t have much smell during flowering.

Another difference is that Master Kush buds aren’t popcorn buds like most Kush marijuana seeds produce.

Use Overdrive in the last two weeks before flushing to stoke late bloom bud development.

Master Kush is a hardy strain that grows well in indoor and outdoor grow ops.

It’s a very heavy yielder that can be harvested after a 53-63 day bloom phase.

Low humidity and reduced watering during bloom phase will keep these dense, sticky buds from developing the dreaded gray mold.

One was the high-CBD autoflower Auto Compassion Lime.

I prefer to grow photoperiod cannabis rather than autoflowering, but when people ask me to recommend autoflowering strains, I mostly recommend Dutch Passion.

Given the Indica and Kush genetic heritage, you might be surprised to learn that this is a Sativa-dominant strain.

It takes approximately 11 weeks from seed germination to harvest, and produces relatively large buds with above average autoflowering potency.

Use Connoisseur Bloom phase base nutrients, Big Bud®, and Nirvana starting with week two, and give this strain lots of light.

The strain’s genetics were brought from South Africa to The Netherlands in the 1970s.

Dutch Passion carefully bred the strain with a hint of Indica to tame its Sativa tendency to get very tall and take a long time in bloom.

Indoor growers have best success when they top the strain a week before it goes into bloom phase.

Outdoor growers like Durban Poison because it gets very dense and mega-yielding when provided a large outdoor root space, and because the strain has natural resistance to gray mold and some insect pests.

This strain has dark green leaves and vigorous growth during both grow and bloom phases.

I recommend using Bud Candy, Nirvana, and Bud Factor X during bloom phase to bring out the licorice, clove, and pepper tastes of this lovely strain.

This cannabis strain is as old school as it gets—a pure Sativa, but one that doesn’t grow like a vine, and has a manageable 9-10 weeks bloom phase.

This strain grows best in moist, humid climates similar to the climates found in Laos, Cambodia, and Vietnam, but it can grow successfully elsewhere outdoors.

This is a moderate-yielding strain that produces long, narrow buds.

Give it B-52 vitamin booster, and watch out for overfertilization during bloom phase (pure Sativas aren’t as hungry as hybrid marijuana strains).

The Mekong High high is like traditional Colombian Gold or Oaxacan. It stimulates conversation and creativity, and is the opposite of couchlock.

One important reason to acquire seeds from this strain now: Dutch Passion is discontinuing Mekong High.

The only remaining Mekong High seeds are those in the hands of seed sellers.

The people at Dutch Passion told us in July 2017: “Buy now from a reputable seller.”

These are just a few of the kind strains from Dutch Passion, one of few cannabis seed breeders to offer feminized and non-feminized photoperiod marijuana seeds, along with premium autoflowering marijuana strains.