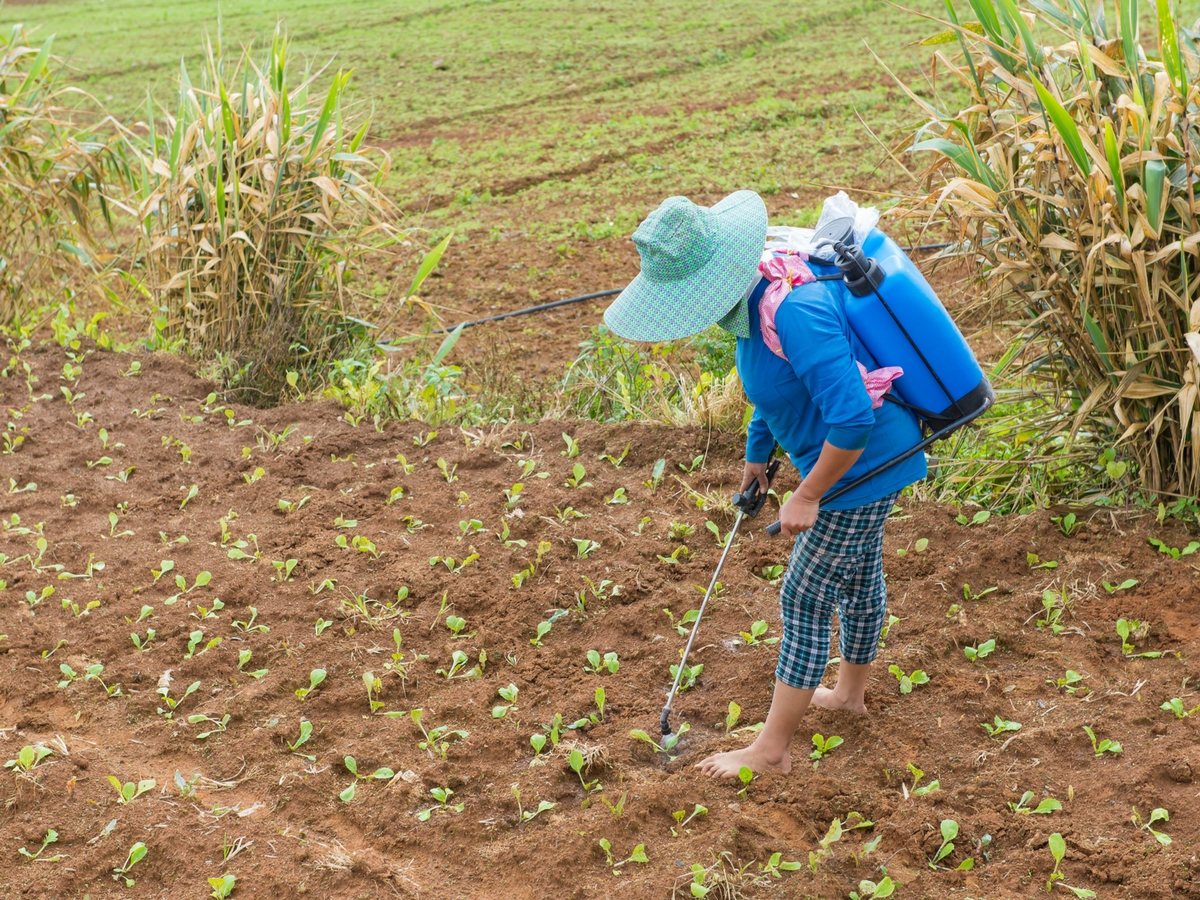 And it’s not a new problem. Forty years ago, during then-President Richard Nixon’s war on drugs, covert marijuana growers were spraying and aerosolizing harmful Big Agriculture pesticides and fungicides on their outdoor and indoor plants — and not much has changed today.

Even though there are now safer alternatives, a significant percentage of home-based and commercial growers use poisons and harmful toxins to fight such garden terrorists as spider mites, thrips, aphids, mealybugs, powdery mildew, whiteflies, fungus gnats and caterpillars.

The problem is so pervasive that, according to a 2015 study from The Journal of Toxicological Sciences, marijuana testing labs reported that up to 80 percent of tested concentrate samples had detectable amounts of pesticide residues.

Lab test evidence of crop contamination comes as no surprise to those among us who count as long-term growers. Talking to our network of cannabis correspondents, growers at trade shows, hydroponics store professionals, and via various clandestine grower networks, we estimate that some 40 percent of marijuana growers still use dangerous insecticide and fungicide products. But rather than this being due to a lack of care for the health of cannabis consumers, it’s likely to be down to a lack of education.

So what pesticide and fungicide brands within our community do we class as dangerous?

These Are The Main Culprits For Spreading Toxins

The bottom line? These pesticides and fungicides aren’t meant for use on plants that will be combusted, vaporized, or processed into cannabis oils, dabs and edibles for human consumption.

Eagle 20 & Other Poisons: Bad For People, Animals And The Environment

Not only can agriculture poisons contaminate marijuana plants and make them unsafe to consume, they also contaminate people applying these poisons to their plants.

Growers who use these products or consume contaminated buds have been widely reported to experience resultant respiratory illness, eye irritation, skin rashes and compromised immune systems.

Not only are these products harmful to humans, but also to animals and the environment. They’ve been especially implicated for harming bees and other pollinators, amphibians and birds.

The manufacturers of these pesticides and fungicides advise against using them on marijuana.

When you vape or combust marijuana polluted by Eagle 20, you inhale a combustion byproduct called hydrogen cyanide, which can cause neurological, respiratory, cardiovascular and thyroid problems.

Eagle 20’s manufacturer Dow AgroSciences acknowledges that its product should not be used on tobacco or marijuana, saying in a statement:

“Dow AgroSciences, without exception, will not seek regulatory approvals or support the use of its products on marijuana. Eagle 20 is not approved for use nor should it be used under any circumstances on marijuana.”

Indeed, if you take the time to read the manufacturer’s spec sheets for chemical insecticide and fungicide products and see the many dire warnings and precautions, it gives you the creeps. But if armed with this information, nobody who cares about health and the environment would spray or aerosolize this stuff onto their buds.

Who Uses Avid, Eagle 20 And Floramite?

What type of marijuana growers use Avid, Eagle 20 and other poisons on marijuana plants?

It’s a diverse group, including unregulated drug cartels that grow tens of thousands of marijuana plants on public lands in North and Central America for sale on the black market. These cartels are notoriously prolific users of agricultural pesticides, fungicides and other poisons.

North American motorcycle gangs such as the Hells Angels have also been linked to large indoor and outdoor grow ops. Along with organized crime syndicates, it’s claimed these groups use toxic pesticides on their crops.

And then there’s the uninformed group of poisoners, consisting of small-scale and often newbie growers, who might read on an online marijuana cultivation forum or hear from a grow buddy that they can get rid of garden invaders fast using the likes of Avid, Eagle 20 and Floramite.

Oftentimes a panicked grower desperately consults online marijuana forums because their plants are under ecological threat. Somebody suggests they use a poisonous product, and the grower, desperate for a quick-fix solution, doesn’t research or read the safety warnings on these products.

As a matter of fact, this author argued with a grower who posted on a  cultivation forum that it’s fine to use Eagle 20 — even though he freely admits his eyes burn, he feels dizzy and gets headaches whenever he sprays the product onto his plants.

“Dude, stop tripping,” this grower posted. “Only hippies and organic freaks worry about this crap. Besides, I take my buds and sell them to a company that makes dabs. Whatever I use on my crops is filtered out when they make the dabs. Problem solved.”

Truthfully, the opposite is true. Making concentrates from contaminated buds does more than extract cannabinoids and terpenoids. It also co-extracts pesticides, fungicides, and other chemicals.

So, long story short, what might have been allegedly harmless so-called trace amounts of Avid or other poisons on whole flowers becomes concentrated amounts when those same buds are processed into dabs or oils.

In our next post about toxic products, we’ll offer up alternative products to use on your crops to protect your indoor and outdoor cannabis plants.

We conclude this post by pleading with all cannabis growers to be mindful of what products you use on your crops. Not only are they bad for you, but also the people who consume your crops, the marijuana industry’s reputation, our furry, feathered and finned friends, and for the environment.

Intolerable Cruelty? How And Why You Should Take A Marijuana Tolerance Break
Marijuana Mythbusters: Hacking & Unpacking The Tips & Tricks For Re-Moistening Dried-Out Buds