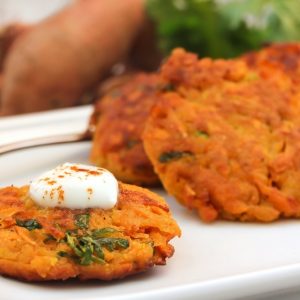 During the celebration of Hanukkah, latkes are traditionally made to commemorate the miracle of a small amount of oil burning for eight days in the candles of the Temple of Jerusalem. Potato pancakes have been a tradition since the 1800s, based on a recipe that dates back to the Middle Ages. Latkes, while generally made […]