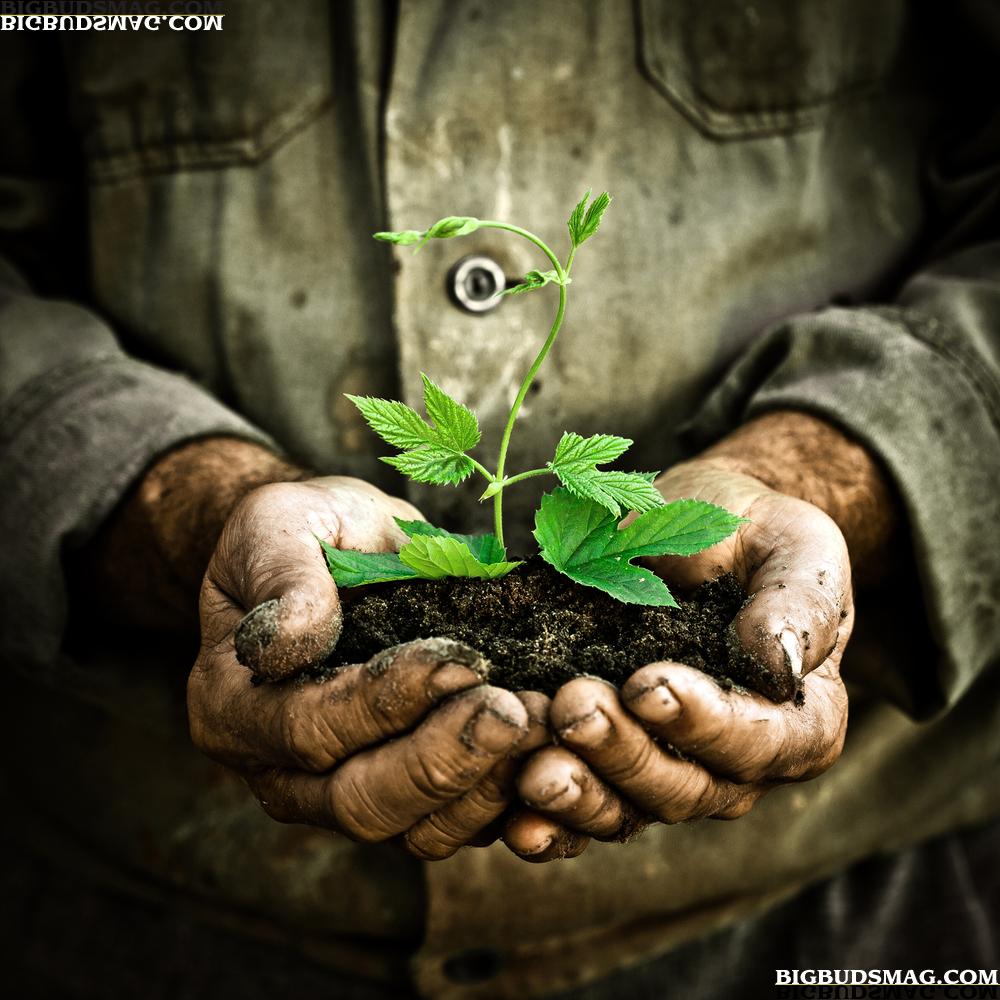 Growing marijuana in soil is a mixed blessing for growers.

Soil is more forgiving when it comes to root zone pH and nutrients buffering, but is almost impossible to totally control when it comes to feed programs and root zone problems…especially when compared to a pure hydroponics system such as aeroponics or deep water culture.

You can read this excellent article that details all the factors involved in soil versus hydroponics for cannabis plants, but in today’s article I’m talking about three commercial soils that are the most popular at hydroponics stores.

Ocean Forest by Fox Farm is probably the most popular potting soil used by marijuana growers.

Fox Farm got a head start in the custom soil market years ago, and have delivered an acceptable product to enough growers that they’ve got a strong following.

Ocean Forest and to a lesser degree the other Fox Farm soil (Happy Frog) have had ups and downs when it comes to quality and components.

I just finished a major grow using Ocean Forest, and it was clean, well-aerated, properly-configured soil that did well for my cannabis plants.

But two years ago I returned many cubic feet of Ocean Forest for a refund when the bags contained at least 10% sticks and twigs, fungus gnats, and not enough perlite.

One of our other writers properly critiqued Fox Farm and other commercial soils in an awesome article about a specialty soil called Potters Gold made in Michigan, and the side by side soil comparison photos in that article pretty much tell the whole story.

Hydroponics industry insiders say Fox Farm was stung by legitimate criticism of its soils, and has improved its materials, mixing, and quality control in the past year.

Some cannabis growers still complain that Ocean Forest is way too hot (nutrients-rich) to use for young seedlings or newly-rooted clones.

Roots Organics is another popular soil used by marijuana growers.

Unlike many soils and soilless mixes, it doesn’t rely on sphagnum moss as a base. Instead Roots Organics uses coco coir fiber as its base.

This gives Roots Organics a different texture and different moisture-holding capacity than other soils.

On the other hand, coco coir has strange chemical properties that interfere with your marijuana plants’ ability to absorb nutrients.

Growers solve that by using hydroponics base nutrients specifically designed for coco coir, such as Sensi Grow and Bloom for coco.

Most growers are unimpressed by Roots Organics fertilizers.

If you’re an avid BigBudsMag reader,  you know we’ve talked a lot about Subcool, the Weed Nerd, who is the founder of TGA Seeds.

Subcool and TGA are the most reliable North American creator of connoisseur marijuana seeds, and anybody who loves cannabis and growing it give massive respect to Subcool.

Subcool is a major promoter of “supersoil,” and you can read a lot about supersoil right here.

It used to be that you had to buy a dozen or more individual soil components along with a base soil and then mix them together yourself following Subcool’s recipe.

Nowadays, a Subcool affiliate sells supersoil and a regular soil at grow shops.

There have been some arguments in the cannabis grower community about the quality control of commercial TGA supersoil, and about the people producing it (reportedly Subcool has “given up his rights” to the supersoil recipe).

Other than Potters Gold, supersoil is for sure the best commercial soil for cannabis.

It has the right drainage, and a marijuana-specific mix of components designed to provide sufficient feeding for at least 75% of a grow cycle.

My use of it indicates that it may run too hot, and that it also is hard to control, especially for strains from the Kush or Sativa heritage.

I still prefer pure hydroponics because that’s the way I get total control over what my marijuana plants take in so I get better yields and more predictable root zone pH, but especially if you’re growing guerilla marijuana outdoors, supersoil is the best you can use. It’s worth carrying in on your back, even if you sweat blood to do it!