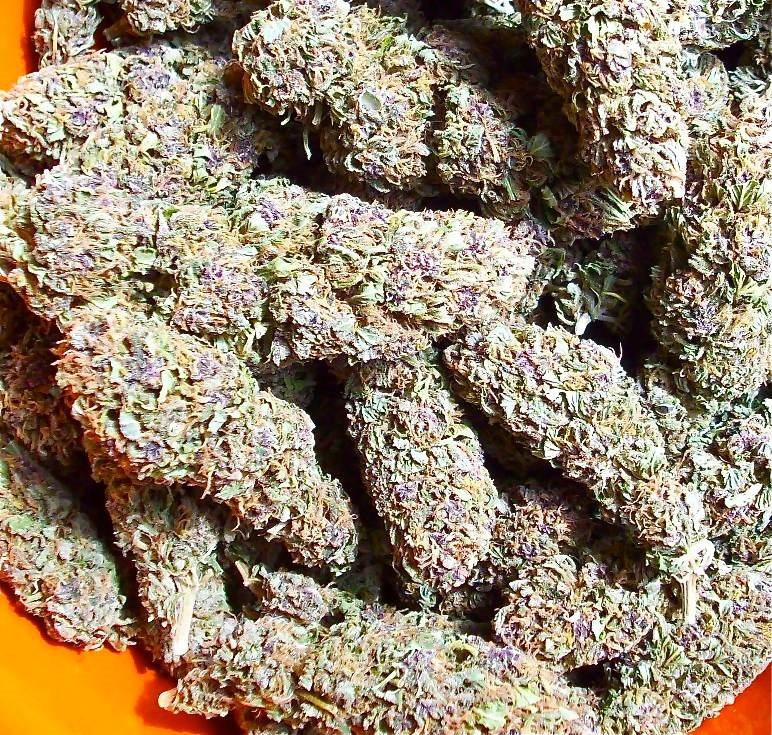 How did I find out that the biggest hydroponics companies are putting our health at risk?

It started because I love popcorn.

Not the buttery kind you get at movie theaters. I’m talking about popcorn cannabis buds.

Serious marijuana growers like you and me want to push our cannabis plants to deliver dank, hard nugs packed with THC crystals that get you super-high.

Some marijuana growers use “special” bloom phase products like Top Load, Phosphoload, Gravity, Bush Load, and Bush Master over the past few years.

And also use off-label, “hush-hush,” bud-boosting products sold from behind hydroponics store counters.

These products are alleged to make my blooming cannabis plants channel energy into flower production and bushiness, rather than height.

Let’s pack on the weight and harden up the buds so they’re solid chunks of THC, right?

I used to use those kinds of bud boosters.

They worked for me about 60% of the time. Tighter, harder, earlier-maturing buds, and shorter plants. Yay!

But these bud-booster products also twisted my leaves, and often made my buds look, taste, and smell like alien ditchweed.

And then I heard rumors that hydroponics sellers and makers of these bud boosters had concealed the fact that their products contain substances called “plant growth regulators” (PGRs) that cause health problems if you use them on your marijuana crops.

I first got wind of serious trouble when I asked a hydroponics store to get me some General Hydroponics Bush Load.

To my surprise they said they won’t get it for me…they stopped selling it because it contains a “plant growth regulator” named Paclobutrazol (PACLO) that’s outlawed for use on crops that people consume.

Many scientists say PACLO is likely a cancer-causing chemical if used on consumable crops.

It’s definitely not a good thing to use for marijuana.

So I said to the guy: Alright, then please get me Phosphoload bloom booster.

Daminozide is like PACLO…another potent PGR that’s almost sure to cause health problems when ingested in food crops or marijuana.

“What the hell are you talking about?” I asked. “You’re telling me I’m smoking poison because I use bud hardeners?!?”

I was feeling pretty angry.

All these hydroponics manufacturing companies I’d trusted and given my money to—General Hydroponics, Dutch Master, Humboldt Nutrients, Emerald Triangle, Humboldt County’s Own, Hit Manufacturing, and others were including PGRs in their products, and endangering my health!

What’s worse, labels for these products rarely if ever mention PACLO or any other PGRs.

They only talk about kelp, humic acids, amino acids, phosphorus, and potassium. No mention of anything that’s dangerous.

When I mentioned this to a grower friend, he said to me: Hey, wake up…this scandalous PACLO shit has been known about, like, forever.

He showed me marijuana grower forums on the Net where our marijuana community raised the alarm about dangerous PGR products, starting several years ago.

The official paperwork that quarantined and prohibited selling of these products said they were “adulterated, misbranded fertilizer materials…a threat to public safety…with reasonable cause to believe that this product contains plant growth regulators.”

And some of these PGR products are even “registered” with state agriculture inspectors, but they’re not registered for use in crops that humans consume.

They’re only for ornamental plants you just look at, not plants like marijuana that you vape, smoke, and medible eat.

I heard growers asking: Ok, so the government says these products are dangerous, and have told the hydroponics industry to stop selling the stuff, so why do Sunlight Supply, Hydrofarm, Monster Gardens, General Hydroponics, and many hydroponics stores still sell PGR-laden products?

Why does a manufacturer of PGR products (Humboldt County’s Own/Emerald Triangle), try to defend its use of PGRs?

They should call it “Cancer-Load” instead.

What’s really weird is that when you look at the Bush Load bottle label, you notice it looks nothing like regular General Hydroponics product labels.

It’s kind of a stealth product, designed as an off-label brand to hide who makes it.

Yet, you can find Bush Load in a General Hydroponics product brochure. The brochure says: “Warning: Bush Load is for expert use only. Contact GH for usage recommendations.”

I contacted General Hydroponics and asked for the usage recommendations, and I told them my hydroponics store won’t sell it to me anymore because they say PACLO is dangerous in marijuana crops no matter how you use it.

The General Hydroponics lady told me someone would call me back.

But nobody ever did.

How to Use Only Safe Marijuana Nutrients, Bloom Boosters

One big question you’re asking is why aren’t you and I as marijuana growers assured that hydroponics product labels are required to provide full information about potentially harmful substances.

Are you making or selling products guaranteed to be safe for marijuana consumers? Are you absolutely sure of their safety? When will you disclose whether there is or is not PGR material, or other unsafe compounds, in your products?

Because sadly, this isn’t just about PACLO and other potentially cancer-causing PGRs included in bloom products for marijuana. What it’s really about is the biggest, richest hydroponics companies putting profits before health and safety.

And read about a Southern California commercial-size medical marijuana grower whose crops failed suddenly and for no apparent reason.

The grower believed he’d traced the cause back to Sunlight Supply and its affiliate National Garden Wholesale (NGW), selling him defective irrigation tubing that off-gassed and otherwise leaked poisons that killed his crops.

It was a cruel situation.

The grower lost everything, including his marijuana plants and freedom, in a product liability court battle with Sunlight Supply that ended when the hydroponics company apparently got the feds involved…and the grower got busted for violating federal marijuana law!

The Environmental Protection Agency, acting on a tip from a hydroponics store investigation, found that neither product was properly labeled to protect users.

In fact, regulators said Nutralife Plant Products H202 contains so much concentrated hydrogen peroxide that it could cause skin burns and severe eye injuries.

If inhaled, it could be fatal!

Hydrofarm reportedly had not properly registered the products, or provided adequate safety information, and now they’ve paid the big fine and removed the products from their sales inventory.

Hydrofarm, Sunlight Supply, Dutch Master, Emerald Triangle, General Hydroponics, and other companies involved with PGRs…I enjoy some of their products, as do many other marijuana growers.

But knowing what I know now, I won’t be giving any more money to those hydroponics companies.

Because when you get right down to it, they lost my trust, and my grow shop dollars, when they endangered my marijuana and my health!