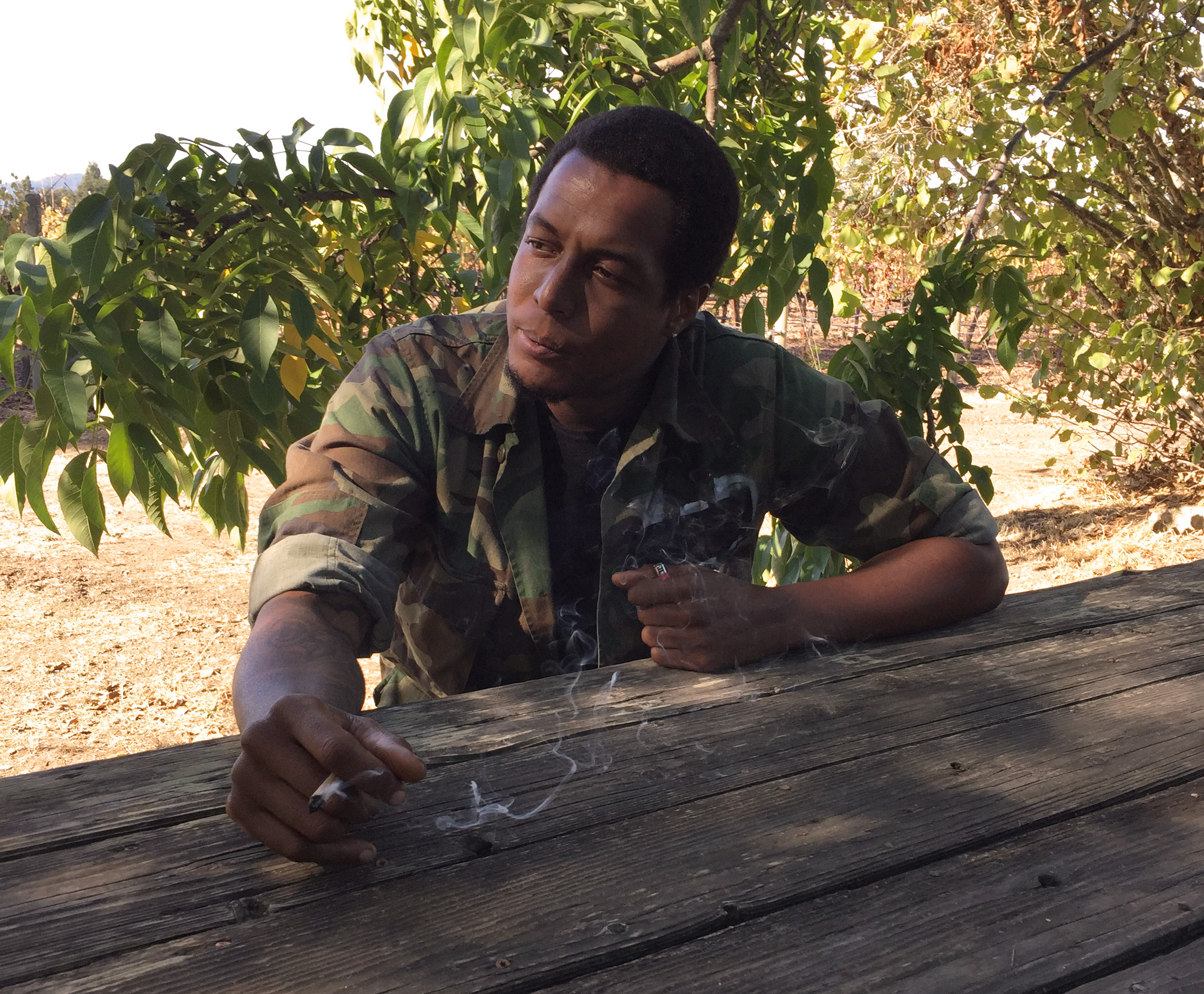 US Army veteran Jose Martinez looked like a coiled spring sitting on the bar stool next to me. His every move conveyed a sense of pain. I’d met him by chance in a North Carolina bar one afternoon and our conversation evolved freely in the way of two strangers chatting over drinks in a dimly lit bar at 2 p.m.

“I feel like my back will never be the same since the damage,” said Martinez, 29, who was injured by a roadside bomb in Iraq in 2006. “Unless there’s some miracle of research or something, this is how it is for me.”

Living on a dangerous cocktail of drugs ranging from Klonopin for panic disorder to the opioid painkiller OxyContin, and with doctors continually upping his dosages, Martinez said he often feels utterly hopeless. At a certain point last year, the pain and disorientation from all the drugs got so bad that he didn’t want to live anymore.

Martinez was lapping me two beers to my one, a man on a mission to get drunk, and his mood became hot as he shared his story. I didn’t press him. He said he was managing the pain lately, but had run out of the only medication that really worked to take his mind off the hurt.

“Pot is the only thing that really helps keep me leveled,” he said. “And I’ve run out this week.”

Currently, nearly two-thirds of the population lives in a US state in which doctors can legally recommend medical marijuana for everything from chronic pain to Parkinson’s disease. Martinez, however, doesn’t live in one of those states. The Army veteran said he had to score weed illegally, spending more of his modest income than he could afford, plus self-medicating with other substances when he can’t find cannabis. Booze and prescription drugs dominate his life. He confesses he is generally on four to five different substances at any given time.

This is the way of countless people suffering from chronic pain in America — and a coping mechanism of far too many pain-stricken military veterans today. Even for vets who, unlike Martinez, live in states where cannabis is legal (currently 29 states and the District of Columbia), discussions with medical professionals about the plant are fraught with challenges. Doctors from the Department of Veterans Affairs admit they are forbidden to talk with patients about marijuana treatment due to the plant’s federal designation as a Schedule I drug.

VA doctor Katherine Mitchell in Arizona recently shared with the The Washington Post the frustration of being prevented from discussing the subject of cannabis with patients, saying she faces a philosophical challenge because health care providers “have an ethical obligation to help our patients understand the potential positive and negative impacts marijuana could have on their health.”

There’s no shortage of data regarding pain in the United States. A 2015 statement by the Veterans Health Administration to the US Senate details that chronic pain in military veterans is at nearly 60 percent for returning veterans from the Middle East (double the national average for non-military adults) and more than 50 percent for older veterans in the VA health care system.

“Many of our Veterans have survived severe battlefield injuries,” the statement said, “resulting in life-long moderate to severe pain related to damage to their musculoskeletal system and permanent nerve damage, which can not only impact their physical abilities but also impact their emotional health and brain structures.”

Support Is On The Way From A Surprising Ally

So earlier this month, it was an important event when the American Legion — which represents a largely conservative veteran base — published the results of a survey of more than 1,300 veterans and veteran caregivers. The nationwide poll revealed that 92 percent of respondents supported research into medical cannabis for treating mental or physical conditions; and 82 percent approved of it as a federally legal treatment option. The survey, presented on Capitol Hill, also showed that one in five veterans currently self-administer marijuana for maladies ranging from chronic pain to post-traumatic stress disorder (PTSD).

Those results reinforce the American Legion’s continued efforts, under Resolution 11, to “urge Congress to amend legislation to remove Marijuana from schedule I and reclassify it in a category that, at a minimum, will recognize cannabis as a drug with potential medical value.”

Marine Corps veteran Lonnie Adams, 33, counts himself lucky to be living in a state where cannabis is legal. The Californian, who served in the military from 2002 to 2006, said he uses marijuana for relief of chronic pain he’s experienced from a lower back injury sustained way back in basic training.

“Even if you hurt yourself, you have to keep on going. That’s just the way it is,” he said, explaining how he pushed through the pain but inevitably paid the price with chronic back issues years later.

Today, Adams uses cannabis for his pain and works in the pot industry as a provider of medical marijuana to other patients. He is also a cannabis seed breeder and cultivator, with designs to open his own dispensary in the Fulton area.

He shares his impetus for wanting to help fellow veterans. While working a job as a night auditor at Motel 6 a few years back, he said he encountered military vets coming in so drunk they hardly knew where they were. At times, Adams said, he’d assist drunken guys who couldn’t walk another step, and recalls once having to “fully carry a vet to his room.”

“I had to fire carry this guy up to his room because he was so drunk,” he recalled, speaking of the technique of deadlifting a person over the shoulder.

Since then, Adams has dedicated himself to assisting veterans who need access to the plant. “I want to help this community,” he continued. “There are older veterans who aren’t getting taken care of. I want to provide a service that delivers cannabis to them at home, so they aren’t forgotten.”

US Army veteran Nick Jaksic, 48, served in the US Army Special Forces between 1991 and 1995. Though he managed to evade injury while working with the elite squad during the first Gulf War and the Bosnian War, as well as missions in Somalia, he knows that many veterans weren’t so fortunate. While he does not choose to use marijuana himself, he is a staunch supporter of an individual’s right to their own choice of medicine.

“I am convinced that cannabis is a necessary thing in some people’s lives,” said Jaksic from his home in Tennessee, a state where marijuana is currently illegal. “[It’s] not a want or a need. Just something that is part of what keeps them going. Like a good breakfast or a good night’s sleep. Without it, they’re off and their brain just doesn’t fire the way it should.”

“There are people that absolutely rely on medical marijuana as part of their lives, and it is an indecency what we do as a country to them because of an antiquated way of dealing with cannabis,” he said. “Common sense should prevail here. From state to federal, for God’s sake, legalize it.”