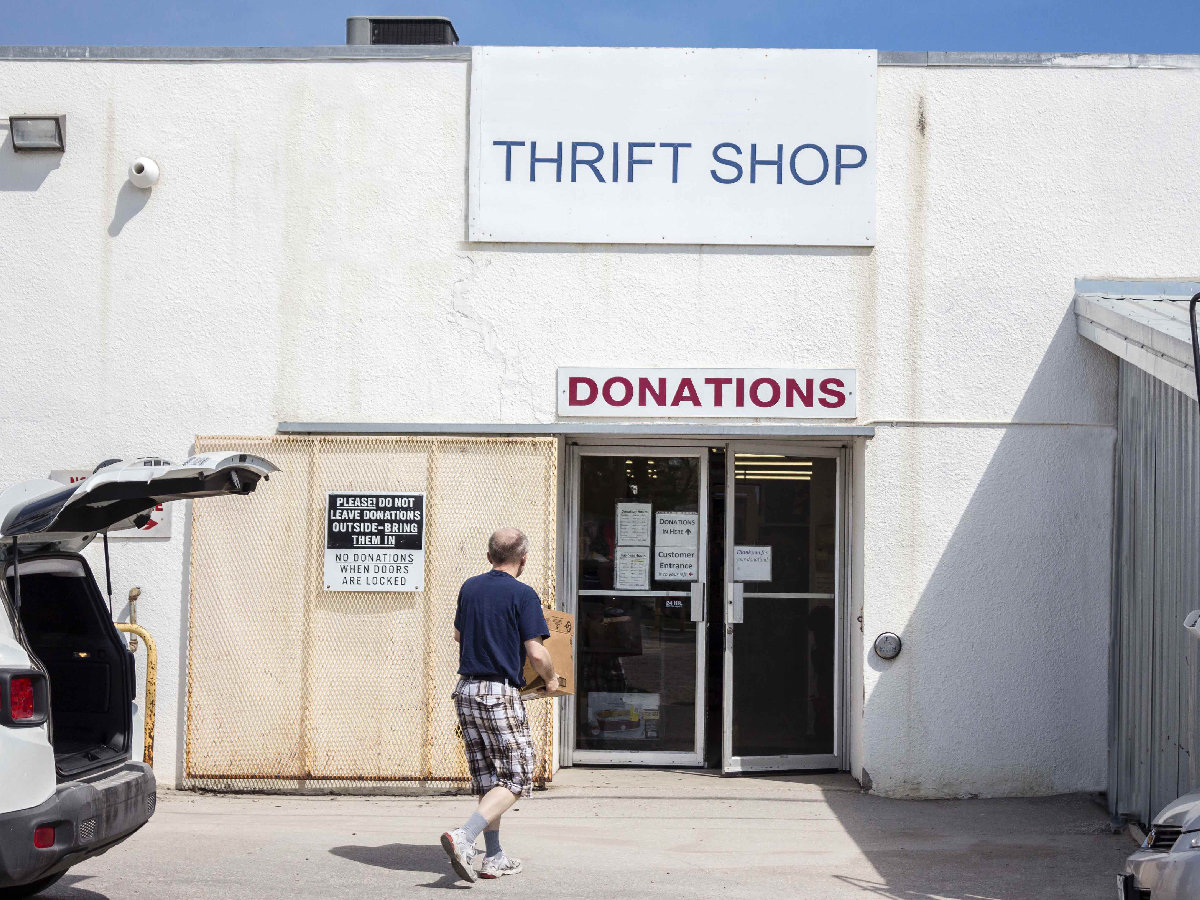 Christmas came early this year for a thrift store in Sarasota, Florida, after a worker there discovered approximately 4.7 pounds of cannabis stowed in a donated tote bag left outside the store.

The Pines of Sarasota Fabulous Finds Thrift Shop — affiliated with the Pines of Sarasota Rehabilitation & Senior Care Community — released a statement obtained by 10News in Tampa Bay after the incident, in which Pines of Sarasota president and CEO Mike Ward said, “Obviously this is not an expected type of donation for Pines, and this is a first for us in our 70-year history.”

The substantial donation/accidental gift contained four vacuum-sealed plastic packages filled with cannabis and was dropped off at the shop by an unknown person, according to ABC Action News in Tampa Bay. An employee at Pines discovered the contents after cutting a small opening in one of the sealed plastic bags, and immediately called authorities.

While recreational cannabis is illegal in Florida, medical marijuana is permissible after voter approval in 2016 of Amendment 2, known as the Florida Medical Marijuana Legalization Initiative. Sales began in the state in January 2017. According to the Florida Department of Health, medical cannabis can only be obtained from registered cannabis dispensaries, along with an OK from a physician.

“Due to the nature of the thrift store business we cannot control what items are donated, and often times dropped off after hours,” continued Ward in the statement. “We have no idea why anyone would gift such an item to a thrift store, and suspect that it was an error on their part.”

While it would certainly be wonderful to think that the cannabis patron had philanthropic motives in mind, it’s more likely that the incident was the result of a distracted marijuana grower who was cleaning house and lobbed the tote in with an assortment of other donations.

“I can’t tell you how many times I have stashed a little green bud here, a little there,” says cannabis cultivator Darren Carl. “Sometimes there are big harvests where I lose track of several pounds and where I stored them all.”

Authorities have valued the donated stash at roughly $5,400, according to the ABC.

Consider this a cautionary tale for all you growers out there with healthy harvests coming up this year. Your fall cleaning should also include an index of all the places you stow that sticky green.

Biocontrols For Cannabis: A Proactive Approach To Insect Pest Management
Mormons Vs. Marijuana: How The Church Has Come Out To Crush Medical Marijuana In Utah