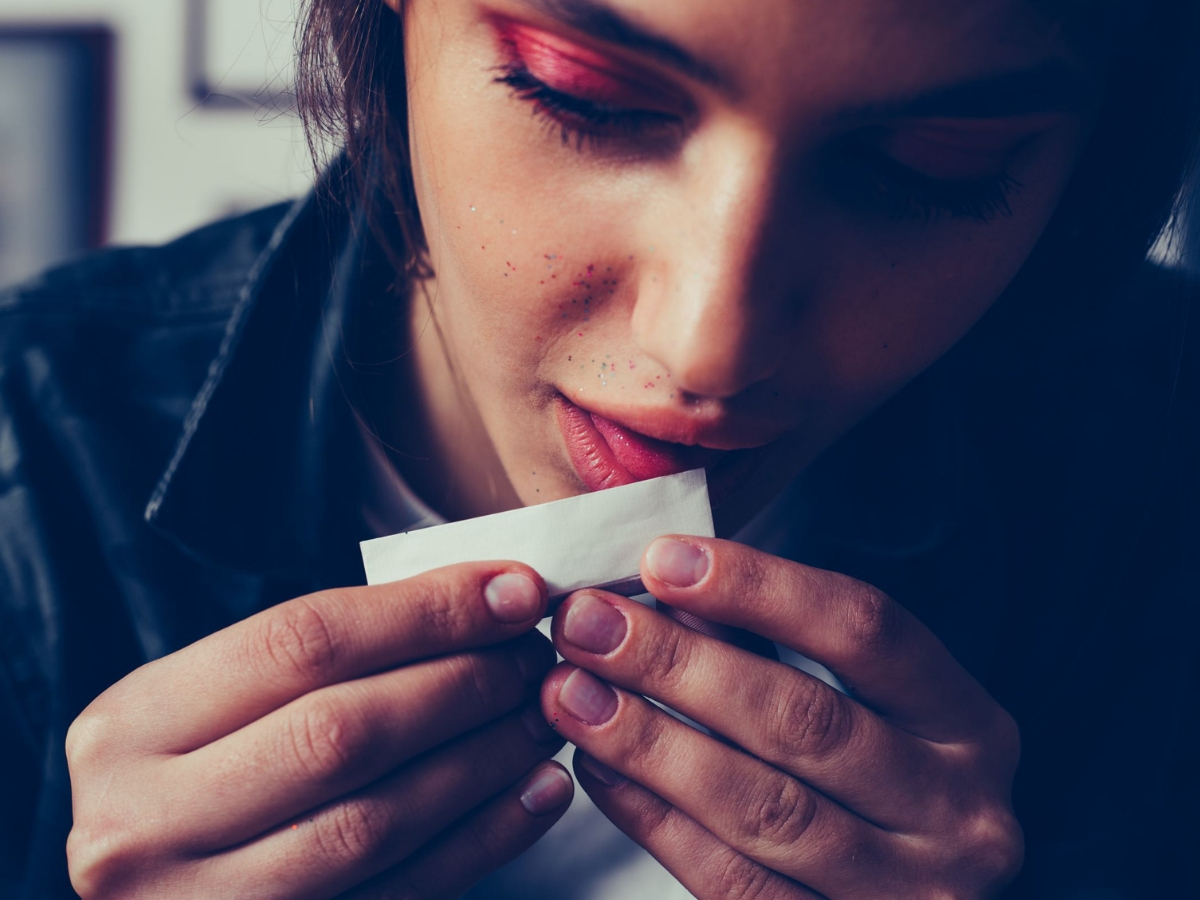 There are many ways to consume cannabis, but one of the most deployed methods — i.e., smoking joints — comes with its own long-held culture and rituals. And people in recreationally legal US states now have the option to choose between ready-made joints and buying rolling papers with which to roll their own flower.

Rolling papers are a smoke-specific invention. They were a true marvel of pre-industrial technology, demonstrative of the globalism that spread ideas and products. People who smoke joints should familiarize themselves with this history to understand joints contextually as the fader shifts on tobacco.

Where Rolling Papers Come From

The idea of rolling smokable product came from the rise of tobacco, which was brought from the Americas to Europe in the early 1500s by the Spanish crews of Christopher Columbus’s many expeditions, when cigars and cigarettes were rolled with tobacco leaves and sold to the upper classes of Europe. As smoking tobacco spread throughout the continent in the 1500s, the need for smokable papers led some of the world’s first paper manufacturers to create a paper specific to tobacco use.

With the invention of the cigarette rolling machine in 1880, this new technology increased access to tobacco cigarettes in the late 1800s, and hand rolling remained a small-scale niche of the market. Cannabis was — and for the most part still is — hand rolled with cigarette paper, partly because the texture and volume of flower can vary from plant to plant, and because our consumption of cannabis has not seen the increase that tobacco saw in the 1800s with industrialization, population increases and the growing prevalence of wartime smoke coping.

During World War II (1939-1945), cigarette sales are at an all time high. Cigarettes were included in a soldier’s C-Rations (like food!). Tobacco companies sent millions of cigarettes to the soldiers for free, and when these soldiers came home, the companies had a steady stream of loyal customers.

The Engineering Of Rolling Papers

In the days before rolling papers came in convenient packaging, everything from newspaper to corn husks was used to roll tobacco into a smokable tube. In cannabis culture, rolling a joint is a ritual in and of itself, and people depend on papers that are less harmful to the body, easy to work with and easily accessible.

Pipes and chewing tobacco were the primary methods of tobacco consumption, but after the mechanical cigarette roller deployed special paper casings and a uniform, consumable, disposable format, the use of pipes and chewing tobacco declined. In the cannabis industry, we may see this type of decline in the use of paper-rolled flower as concentrates and edibles rise in popularity. However, since smoking is among the fastest ways to consume cannabis medicinally, it’s likely to remain an option.

Rolling paper expert Gil Luxenbourg is the chief technology officer for IIW Entourage delivery systems, creators of Cannaboost terpene-infused papers. He has been working with the smoking industry to understand papers on an engineering level. Luxenbourg’s favorite paper factoid is indicative of how much we love to smoke: He says that we consume enough papers every year to stretch to the moon and back — seven times! That may be shocking to someone who has never bought a 300-pack of papers or, like Luxenbourg, consulted every single aspect of paper production and sales to develop the company’s products.

“Rolling papers are known to be made of cellulose fibers, as is most organic-made paper, but what we all miss is the most important part — the holes,” Luxenbourg tells Big Buds. “The pores, or holes between the fibers, are what define the paper quality, and if it burns evenly. The fibers make the structure but the holes make the paper.”

That’s not the only thing most people don’t know about papers. “The color of the rolling paper [brown versus white] has very little to do with health or environmental effects and a lot to do with marketing,” Luxenbourg continues. “Some brown rolling papers are naturally brown while other papers are browned by coloring the paper with different methods, just as some white papers are bleached while most are of white cellulose origins.”

If you’re buying brown papers, make sure they’re organic and not dyed, or not bleached if buying white papers. Luxenbourg says that the trends are peaking with organic papers, which are seen as healthier even though that may not necessarily be the case.

Hand rolling isn’t going anywhere for the time being, but as legal cannabis sales increase with each passing year, so too does the need for technology to crank out cones at a faster rate. Indeed, filling paper cones to produce cone-shaped joints allows the control of analog rolling with the speed of a more innovative process.

Luxenbourg says the cone trend is on the rise. “The cones market is booming as machines for filling cones are popping up like mushrooms after the rain. More legal producers are also producing pre-rolled joints for their clients.”

Pre-rolled cones may be easier to manufacture, but they must be filled properly or the customer will have a poor consumption experience. Considering the higher cost of pre-rolls versus loose flower, customers demand a joint of premium caliber. BigMike’s Blends, the new outcome-based pre-roll offering, uses Raw Paper, one of the most beloved paper cones on the market — and they’re not just among the most popular cannabis papers for their branding alone. Raw aims to please people who are grabbing premium pre-rolled cones as well as buying their own. 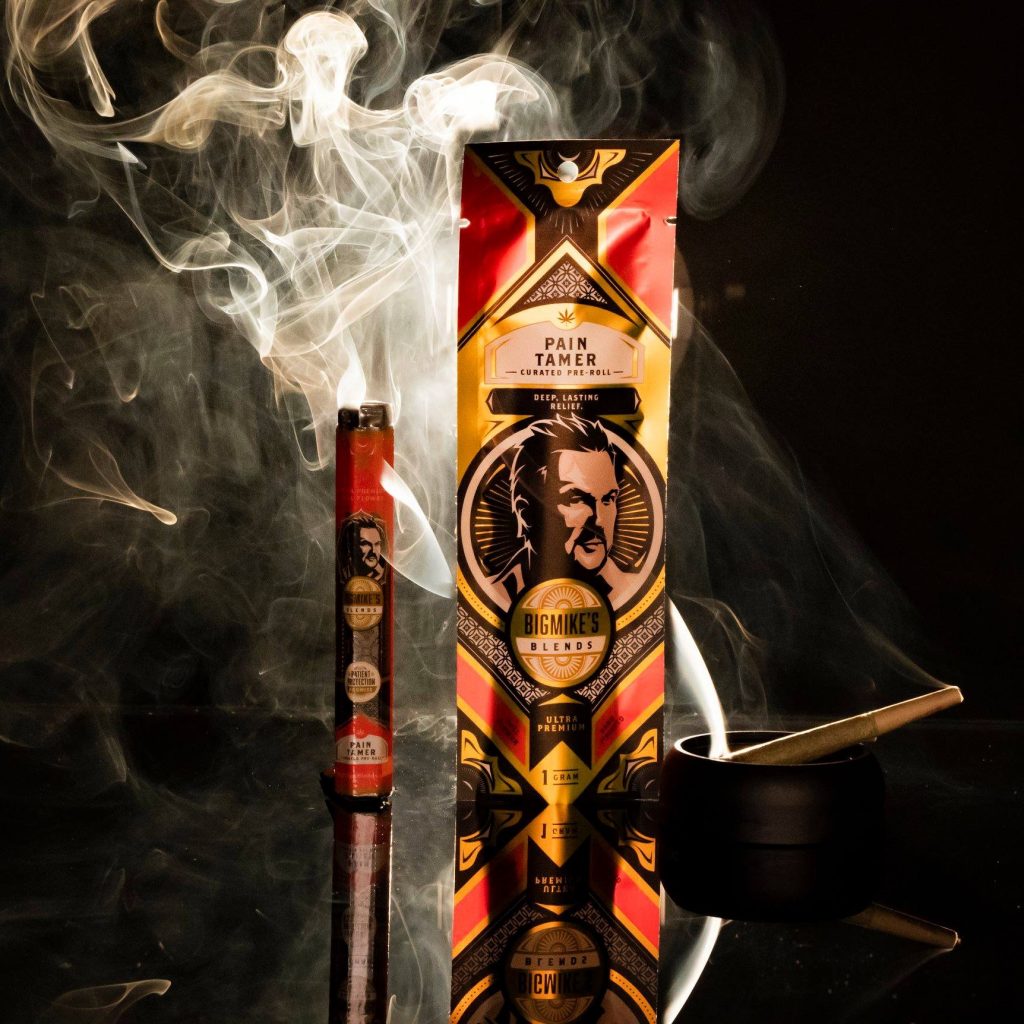 Each of the seven pre-rolled BigMike’s Blends is engineered to bring results-based experiences versus dispensary guesswork.

It Matters What Goes Inside The Papers

If you’re going to consume combustible cannabis, exercising reasonable discretion is about more than just finding a great-tasting smoke — there are health implications as well. The state of California has been experiencing recall issues since legalizing cannabis in early 2018, with one cannabis-testing lab in particular, Sequoia Analytical Labs, having falsified results on cannabis products, according to The Sacramento Bee. Recalls can occur not just due to improper testing, but also from pesticides that weren’t thoroughly flushed from the plant prior to processing.

Growers must provide product that causes no harm to customers and medical marijuana patients — especially people who combust their products. BigMike’s Blends does just this, taking decades of Advances Nutrients cultivation tech and applying it to a range of ready-to-smoke pre-rolls that rate among the first in California to have passed the Bureau of Cannabis Control’s Phase III testing.

Like centuries of artisans who fine-tuned the humble rolling paper, BigMike champions what goes inside of the paper. Each of the seven blends is engineered beyond indica and sativa to bring results-based experiences versus the guesswork we’re used to in dispensaries. Ranging from the potent pine and sandalwood of Dank Dream’s sleep-aiding powers to the floral, peppery weight of Mellow Me, BigMike’s all-star research team and 35 years of cultivation is filling up papers with the cannabis blends of your dreams.

Rolling papers are just one part of the equation for combustible consumers, but they’re incredibly important to getting the job done. After all, the best joints need the best cannabis — and the best papers.