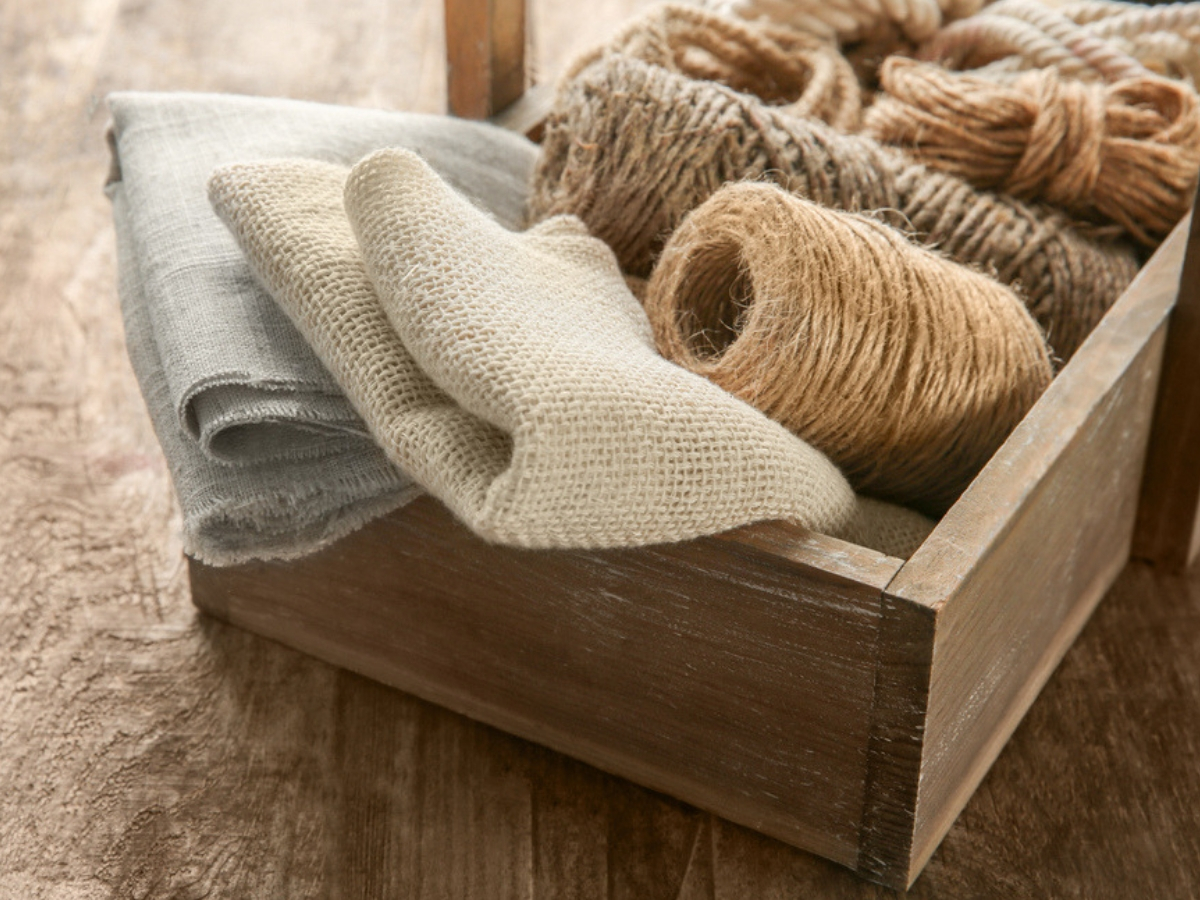 Last week saw a major victory for cannabis as the 2018 Farm Bill overwhelmingly passed the House and Senate, a move that would lead to the removal of hemp from the Controlled Substances Act.

The bill, which is also known as the Agriculture and Nutrition Act, will end hemp’s confounding Schedule I classification alongside heroin, LSD and ecstasy. The non-psychoactive plant, which is used in everything from car parts to beauty products to pain remedies, will be legal to grow in the US and defined as an agricultural commodity no different than corn or wheat. The bill will also lift onerous restrictions on banking, marketing and advertising associated with hemp.

Perhaps the most misunderstood plant in the history of botany, industrial hemp has seen a surge of growth among US agricultural producers over the past few years since the previous Farm Bill was passed in 2014. That landmark piece of legislature included an amendment titled “Legitimacy of Industrial Hemp Research,” which permitted farmers to grow industrial hemp as part of a pilot program in conjunction with state agriculture departments and universities. Before that, hemp had been fettered in prohibition for more than 50 years.

Hemp’s nonexistent psychoactive qualities have a lot to do with its current widespread support by Americans. Also backed by conservative political power brokers like Senate Majority Leader Mitch McConnell (R-KY) and Senator Rand Paul (R-KY), hemp is technically described by the federal government as cannabis containing no more than 0.3 percent THC. That miniscule amount of THC, the high-inducing cannabinoid, is not sufficient enough to get consumers stoned.

While hemp will not get you high, it will soon mean high profits for the hemp industry in the US, which for decades has relied on importing much of its base hemp material from China and Canada.

Since putting legal plants in the ground in 2014, the US has gotten off to a great start growing the crop. Vote Hemp — the nation’s foremost hemp advocacy group, which has worked tirelessly to change state and federal hemp laws — detailed in a US Hemp Crop Report that 23,343 acres of hemp were cultivated across the nation in 2017. That’s more than double the acreage of the previous year. Those numbers will certainly skyrocket when hemp is fully legal.

US Senator Ron Wyden, D-Ore., one of the key figures responsible for introducing the 2018 bill, celebrated its passing this week, saying, “For too long, the outrageous and outdated ban on growing hemp has hamstrung farmers in Oregon and across the country,” reports Roll Call. “Hemp products are made in America, sold in America and consumed in America. Now, hemp will be able to be legally grown in America, to the economic benefit of consumers and farmers in Oregon and nationwide.”

While the legalization of hemp farming in the US is of course long overdue as a surefire economic driver, the passage of this year’s bill had a lot to do with the popularity of a compound in cannabis called cannabidiol (CBD). Touted as a wellness product that is suddenly everywhere in America and abroad, the drug was also cleared this year by both the US Food and Drug Administration and the Drug Enforcement Administration to be used in a product called Epidiolex, an effective anti-seizure medication. The seal of approval by those two governmental bodies in the US has given consumers and politicians alike the confidence needed to pull hemp from its Schedule I listing, which also includes substances that have no medicinal value. 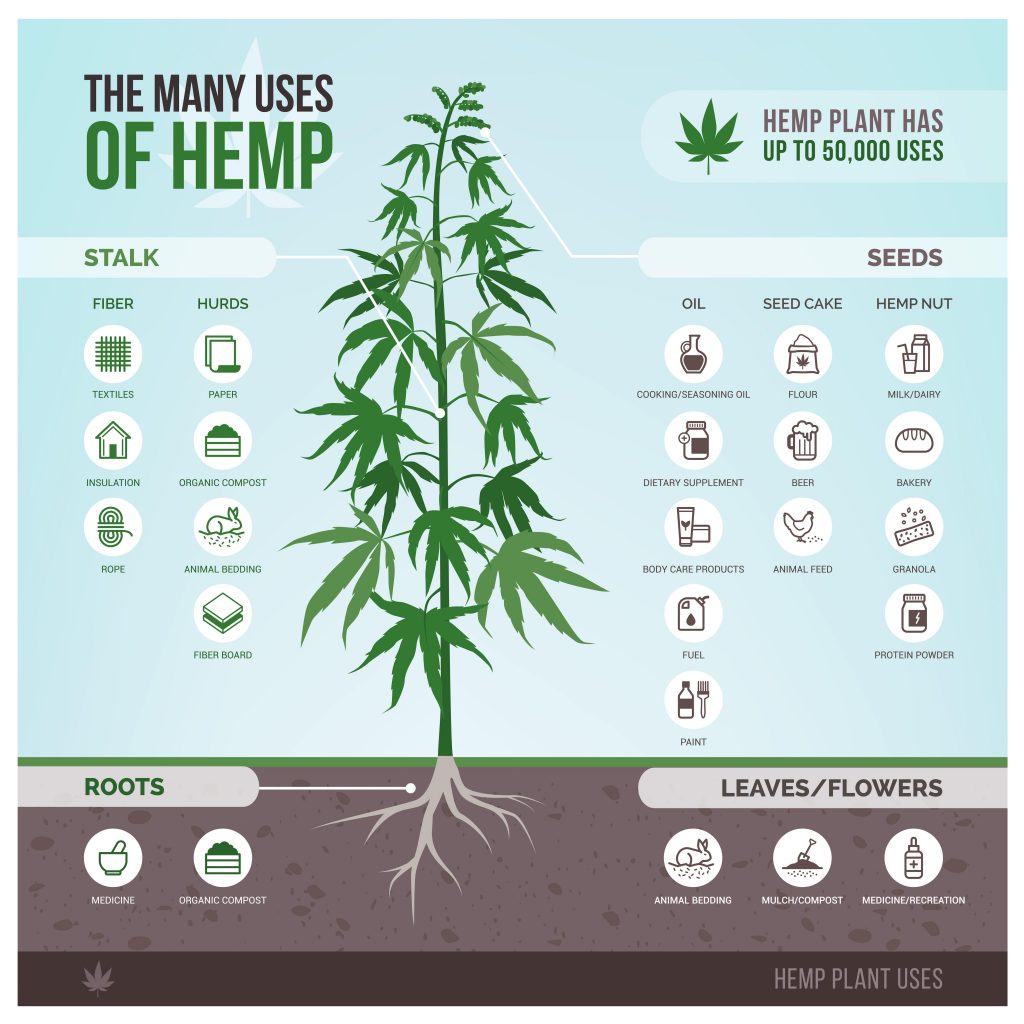 Industrial hemp legalization will no doubt give struggling farmers a leg up and provide real value for potential recovery across much of the American heartland. As crops like corn and tobacco become less profitable, hemp farming is headed entirely in the other direction.

In London, Kentucky, 39-year-old Brent Cornett, a seventh-generation farmer whose family farm has included soy, corn and beef — and until recent years, largely tobacco — has over the past few years turned to planting hemp in greater numbers. Cornett says a few planting seasons ago he became aware of a growers group led by Atalo Holdings in Winchester, Kentucky. Including more than 60 growers of hemp, Atalo has assisted farmers in adding CBD-rich hemp to their rotations since 2014, to great success. Cornett says he joined Atalo’s group in 2016, testing out 20 acres with nice results, and has increased acreage every year. Using the group’s knowledge base, Cornett says he increased his hemp production to 35 acres in 2017 and 85 acres in 2018.

“There’s been plenty of challenges with a new crop,” says Cornett, “but as of today, a mediocre hemp crop is yielding a better return than an excellent tobacco crop.”

That’s good news for farmers — and it is also very encouraging for big money looking to enter the CBD-additive game. This year saw a torrent of blue-chip companies crawling over one another to get a piece of the cannabis market in now-legal Canada. Many are beverage companies looking for a potential entry point into the infused-cannabis drink market.

Constellation Brands — makers of Corona and Ballast Point beers and Mondavi wines — staked a $4 billion claim in Canadian medical marijuana company Canopy Growth Corporation. Brewer Molson Coors this year formed a partnership with Quebec-based medical cannabis producer Hydropothecary to create a nonalcoholic, marijuana-infused beverage, set to launch in 2019. Not to be outdone — that is, within the US — Heineken International followed suit by debuting Hi-Fi Hops, an IPA-inspired sparkling beverage with CBD and THC added, launched under Lagunitas Brewing in partnership with cannabis concentrate maker AbsoluteXtracts. And recently, Coca-Cola said it was “closely watching the growth of non-psychoactive CBD as an ingredient in functional wellness beverages.”

This didn’t happen overnight. The groundswell that led to the passage of hemp in the 2018 bill was a long time in the making. Joe Hickey, director of corporate relations at Atalo Holdings, remembers well the effort required to get Kentuckians back into a pro-hemp mindset. A couple of decades back, he and a few fellow hemp activists — many of whom are now Atalo executives — were working diligently to bring hemp farming back to Kentucky. Once called the “Hemp Capital of the World,” Kentucky boasted a thriving hemp farming industry throughout the 1800s.

To drum up support for the cause in the mid-1990s, Hickey convinced four former Kentucky governors — Louie Nunn, Julian Carroll, Edward Breathitt and Brereton Jones — to join the call for hemp as a replacement for tobacco. In 1996, Hickey met actor Woody Harrelson, a passionate and vocal environmentalist, and knew he could build interest in hemp legalization with the celebrity’s help.

“[Harrelson] loved the idea of bringing hemp back to the American farmer, and we hatched a plan to force the issue and gain public and legal support,” says Hickey. “Woody challenged Kentucky law by planting four hemp seeds in Lee County to test the law and provoke his arrest for cultivation of marijuana.”

Nunn, who was a notorious anti-drug supporter, served on Harrelson’s defense team. In his closing statement, Hickey recalls when Governor Nunn pulled a hemp bar from his hemp suit, took a bite and told the jury, “I’ve got it on me and I’ve got it in me. So, if you’re going to convict Mr. Harrelson, then you’ll have to convict me, too!”

“Woody was acquitted of cultivating marijuana, and on the 4th of July he declared Independence Day for Kentucky farmers,” says Hickey. “The arrest and trial made national headlines and focused a generation of young Americans on the hemp revolution.”

Today, the global market for hemp consists of more than 25,000 products in nine submarkets, according to the Federation of American Scientists’ recent report, titled “Hemp as an Agricultural Commodity.” Goods include agriculture, textiles, recycling, automotive, furniture, food and beverages, paper, construction materials and personal care.

The report also notes that hemp imports to the United States — consisting mostly of hemp seeds and fibers used as inputs for use in manufacturing — totaled $67.3 million in 2017. That was down from a record high of $78.1 million in 2015. Those import numbers will likely continue to diminish as America becomes a powerhouse producer of hemp-based material for the US and abroad. And you can bet that hemp will become a major economic dynamo moving forward for the nation as Americans embrace this versatile and multifaceted plant once again.

President Trump, who has indicated his support for the bill, is expected to sign it into law within days.

Where Everybody Knows Your Strain: Legal Cannabis Lounges Offer A New Kind Of Hangout
These Are The Medical Studies Cannabis Advocates Want To See